Fico is to campaigning what Messi is to football

Frantic activity is meant to conceal systemic problems that have festered for years with no attention. 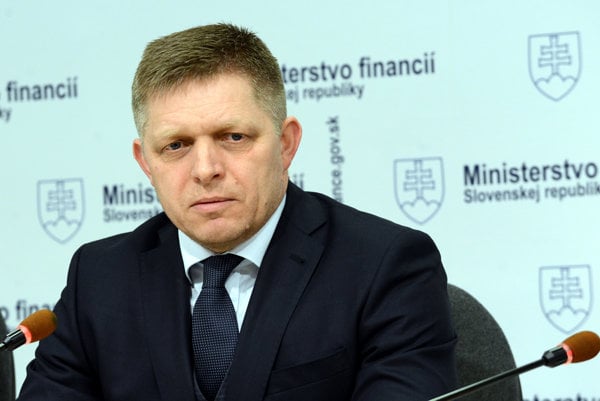 Say what you will about Robert Fico, but its hard to deny his skill as a political operator and he has saved his best for the final weeks of a campaign. Fico is to campaigning what Messi is to football.

Smer is now using a three-pronged game plan to make a final push. First, discredit political opponents with half-baked assertions of wrongdoing. Second, do whatever is possible to drive discussion back towards the migrant crisis. Third, announce as many initiatives as possible in different regions the national government otherwise largely ignores.

As for the first tactic, Fico held a press conference early this month to allege opposition leader Igor Matovič of shady business and dodging taxes. Maybe Matovič is a tax cheat, maybe he is not, but what matters is that the allegation is out and can be said to be under investigation. Fico’s personal attack on the leader of a party with just 6 percent in opinion polls shows that he is worried. If the allegations can push them below the 5 percent threshold for reaching parliament it is hard to imagine the opposition able to form an alternative government.

The second prong tries to drown out inconvenient reminders that the country’s health and education sectors are in shambles. Striking teachers and resigning nurses diverted the narrative from anti-migrant hysteria in recent weeks. When Smer held a “programme conference” to bolster its five sentence election platform February 13, Fico emerged again promising to prevent the creation of “compact communities with a different religion” in Slovakia – though there is not one Muslim on the planet earth that wishes to do so.

Part three saw the government announce three new foreign investments in three different regions of the country – Košice, Žilina and Banská Bystrica – just this week. Add to this the Jaguar Land Rover plant in Nitra late last year, and four of the country’s eight regions have had headline grabbing foreign investments in the last four months of a four-year term. Foreign investment is certainly not a bad thing, but it is difficult to determine before the election whether the accompanying state incentives are worth it, or even legal by EU standards.

All this frantic activity is meant to conceal systemic problems that have festered for years with no attention. A recent study by Health Consumer Powerhouse found that the poor state of the health care system shaves 12 years off the average Slovak lifespan and according to Eurostat, the state spends 0 percent of GDP on long-term care. As for schools, according to the OECD, the state spends just 2.7 percent of GDP on primary and secondary education – second lowest both in the EU and the OECD, surpassing only Hungary – and the Ministry of Education’s budget is set to decline by €266 million in 2016.

The good news for fans of campaign gamesmanship is that with a week left until voting there is still plenty of time for Fico to accuse somebody of being a Scientologist.