A HEATED dispute flared over the land lying under, or close to, the future plant of the Jaguar Land Rover carmaker, which plans to start production close to the western Slovak city of Nitra. 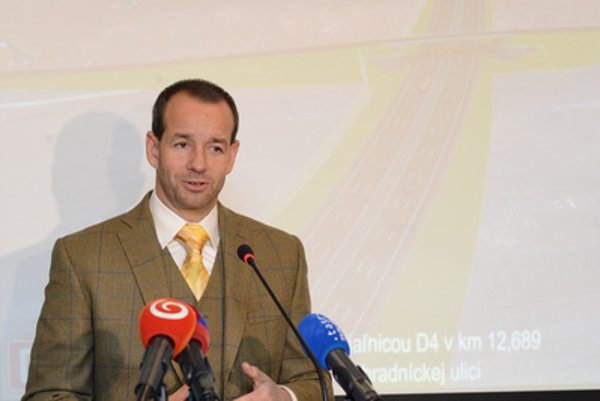 Roman Cerulík, owner of 14 hectares of land on the future site of plant in Nitra, filed a criminal complaint with the Nitra police for slander against Viktor Stromček, State Secretary of the Transport Ministry. Stromček, who also serves as government proxy for strategic industrial parks, earlier this week described Cerulík as a speculator and blackmailer. This statement has seriously damaged his reputation and his business activities, Cerulík said.

“It clearly can be classified as a crime of slander,” he said, as quoted by the TASR newswire. “I demand the action to be investigated and prosecution to be launched.”

A few days ago, Cerulík filed a petition at the Regional Court in Nitra to investigate a decision made by the Nitra District Court that made it possible to drop the environmental impact process prior to the construction of the Jaguar Land Rover plant. Subsequently, Stromček accused Cerulík of only being concerned with his own private gain and called him a speculator attempting to blackmail the state. The land owner claims that he filed the suit as a person who lives near the area and also owns land included in the strategic park, as well as some adjacent plots of land.

“I had to file the petition, as the law on construction proceedings had been ignored in an arrogant manner,” he said. “The environment protection authority, Slovak Investment and Trade Development Agency (SARIO) and a state agency of the Economy Ministry for the Jaguar Land Rover investment have distorted data that provides the basis for ascertaining whether it’s necessary to examine the environmental impact of this investment or not.”

“[Cerulík] is the owner of certain pieces of land adjacent to the park,” state secretary said, adding that Cerulík “conditioned his cooperation with us by ensuring we purchase his plots for an excessive price. We won’t be blackmailed, however. We didn’t agree with this, although he threatened us to cause us problems”.

“This gentleman wants to sell 14 hectares of land for €220 per square metre, while we don’t even need his land for this purpose,” Prime Minister Robert Fico said, according to TASR. “Why should we buy something that we don’t even need?”

The land in dispute allegedly should not directly serve the Jaguar Land Rover plant but the construction of accommodation buildings adjacent to the factory. “It isn’t true that this land is only a field. It’s possible to build 2,000 flats there,” Cerulík said. “If the prime minister claims that the state doesn’t need the land, he should be so kind to ensure that my plots are removed from the strategic park, and then the state won’t have the right of first refusal.”

On February 26, Cerulík called on the government to give him access to the land again, as the state has claimed that it does not actually need the plots. At a press conference in Bratislava, he said that the state in the summer of last year designated land covering around 730 hectares near the town of Nitra for the investment and restricted owners from using it. At the same time, the state acquired the right of first refusal on the plots. Cerulík learnt in the meantime that his land was supposed to serve for the construction of accommodation buildings adjacent to the plant. He subsequently turned to the state-run company MH Invest, which represents the state in constructing the strategic park, demanding that his plots be exempt from the strategic park, as they are designated for housing. The state refused, so Cerulík offered the plots to the state for €220 per square metre, but the state does not want to pay such a price.

Cerulík as complainant is convinced that the only legal and possible procedure is the obligation to assess the project’s environmental impact – as the law stipulates – even before the launch of the car plant’s construction.