SLOVAK Prime Minister Robert Fico selects media with whom he communicates, consistently ignoring all others. Most voters do not agree with this decision, a recent poll by the Focus agency shows. 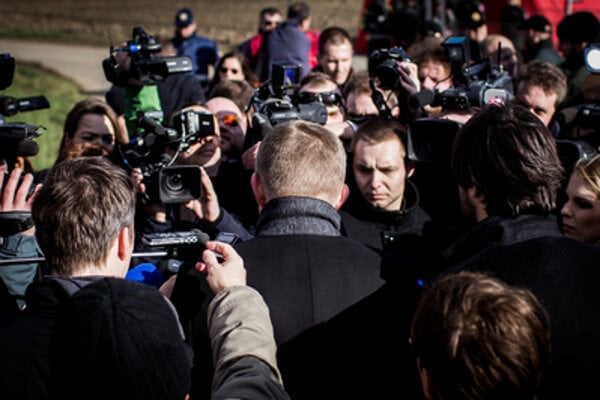 Almost two-thirds of those polled consider Fico’s attitude incorrect, according to the survey, while 25 percent of respondents hold an opposite opinion. Fico’s attitude is most frequently opposed by young people aged between 25 and 34 and by people with creative occupations. Even 37 percent of Smer’s sympathisers do not consider his attitude right: of those who had previously voted for Smer, 73 percent are critical about his attitude towards the media.

Sociologist Martin Slosiarik of the Focus polling agency said, as quoted by the Sme daily, that ignoring some media may be another barrier for these voters to return to Smer, as they consider this attitude inappropriate for a prime minister. Most of those polled who do not agree with Fico’s attitude are voters who do not want a prime minister to determine which media are trustworthy and which are not; they want to choose themselves.

The group of shunned media was recently joined even by public-service RTVS and the portal aktuality.sk, whom Fico criticised for anti-government commentaries.

Fico first showed his attitude towards the media and journalists during the election nigh in 2006 when his party, Smer, did not allow them to enter party headquarters. During the first term (in coalition with HZDS and SNS), attacks on journalists stepped up, when Fico reacted irritated to rightful questions concerning his government’s scandals. Beginning with his second term, Fico calmed down his rhetoric slightly and withdrew suits against the media. However, after some time he again stopped answering their questions and put several media “on the blacklist”, forbidding all his ministers to communicate with them.

Ivan Godarsky of the MEMO 98 think tank says that Fico’s treatment of the media is unacceptable in a modern democratic society, adding that a politician should be able to bear a more intense interest by the media, while a premier should not play favourites and refuse to answer critical questions.