SLOVAN, the Bratislava ice hockey team, dropped out of the KHL playoff on February 27, losing in their fourth match of the 1st playoff round of Continental Hockey League (KHL) against CSKA Moscow 1:3 (and totally losing against it 0:4 in the series). 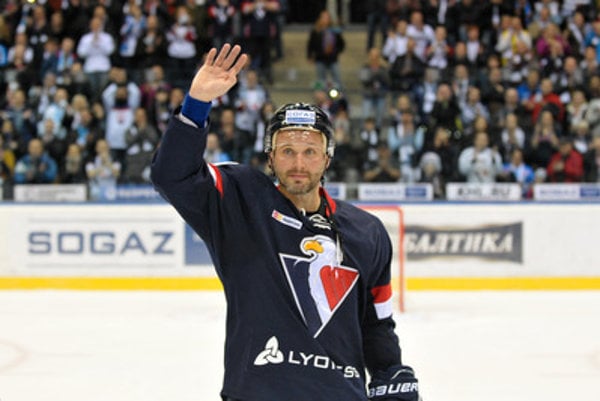 For defenseman Ľubomír Višňovský, this unfortunate match was the last in his career, the Sme daily wrote. He ended the career in the same club in which he started his career in top hockey, in the 1994-95 season. “I long to experience victorious applause one more time,” the world champion from Göteborg 2002 said when returning to Slovan, for which he played eight seasons.

In the meantime, he played for the Los Angeles Kings, Edmonton Oilers, Anaheim Ducks, and New York Islanders. Višňovský, a native of Topoľčany, won three medals from World Championships, and was part of the winning team in 2002. He also experienced three titles in Slovakia's top league (1997/1998, 1999/2000, 2004/2005). In recent seasons, he was plagued by frequent injuries.

“I am very sorry that we did not play at least one victorious match [in the series]. One beautiful dream came to an end for me but I will keep wonderful memories,” he said, visibly moved, after his last match. In the last seconds of the match, fans called his name. During the final siren, he had the puck at his hockey stick, but immediately he squeezed it in his glove and kept it, as a souvenir. When he bid farewell, the full stadium in Bratislava offered standing ovations. 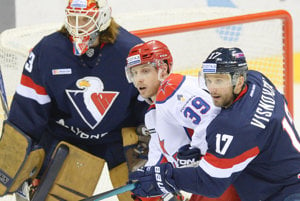 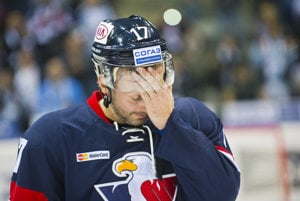 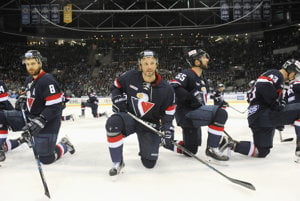