The 23-year old biathlete Paulína Fialková is having an excellent season. 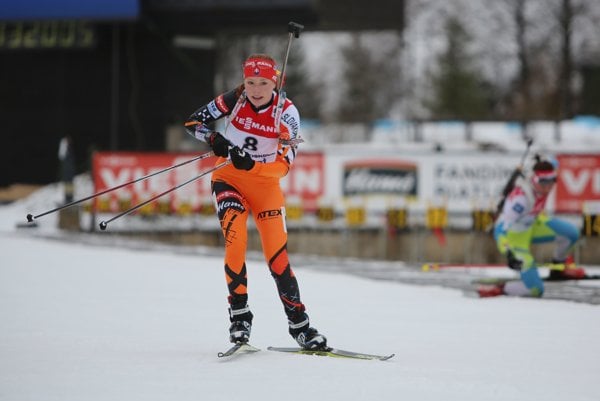 Slovak biathlete Paulína Fialková recorded the best finish of her career by winning silver in the women’s 12.5-km mass start race at the European Championships in Tyumen, Russia on February 28.

The 23-year old biathlete is experiencing an excellent season. Following top-ten results at the World Cup race in Ruhpolding, Germany, she maintained her momentum at the European Championships in Russia, too. In the individual pursuit race on February 27 she finished fifth, and on the following day she even appeared on the winners’ podium.