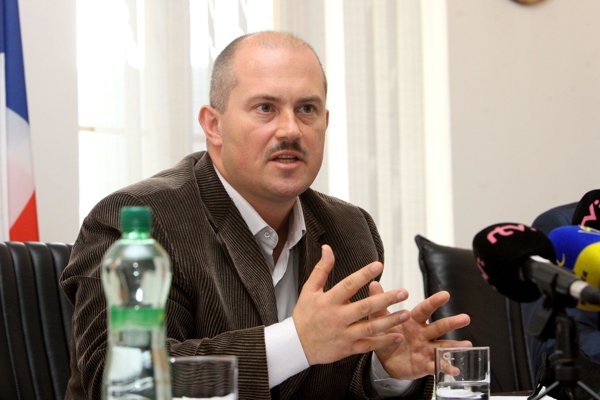 The Conference of Bishops in Slovakia (KBS) is careful regarding its comments on this support, the Sme daily reported.

Among the signatories of the document, calling on people to vote for the party led by Banská Bystrica Governor Marian Kotleba, is Catholic priest from Trnava Ján Košiar, pastor from Dlhá pri Trnave Ignác Juruš and his brother Gabriel Juruš from the Slovak community living in Montreal, Canada. All of them have already occurred in some controversial cases, while Ignác Juruš has been nominated by the Slovak National Party (SNS) to head the Nation’s Memory Institute (ÚPN) in the past, Sme reminds.

Though Kotleba has criticised Slovak bishops for inviting Iraqi refugees in Slovakia, the KBS is restrained when talking about his supporters among priests.

“KBS does not have the power to dictate to a Catholic priest or believers their political opinions,” KBS spokesperson Martin Kramara told Sme, adding that priests are answerable to their own bishop.

Meanwhile, Trnava Archbishop Ján Orosch has not punished the priests from the Trnava archdiocese who signed the call. He even did not answer the question of Sme whether he considers the support of a politician who incites hatred against everything not Slovak to be compatible with the position of a priest.

Orosch himself was a member of Slovak cultural institution Matica Slovenská until 2013, Sme reminds.

The call was also signed by activists and catechists, as well as Catholic poet and editor-in-chief of Kultúra (Culture) magazine Teodor Križka, who has written several poems praising president of the Nazi-allied Slovak state Jozef Tiso.

Another signatory is ÚPN historian Martin Lacko, who has been supporting Kotleba for years, as reported by Sme.

ÚPN spokesperson Tibor Ujlacký considers Lacko’s behaviour schizophrenic, as the main role of the institution is to promote the ideas of freedom and democracy.

“ÚPN distances itself from any expressions that are at odds with its mission,” Ujlacký told Sme.