ABOUT 500 teachers symbolically buried the Slovak education during a March 1 protest march in Bratislava. 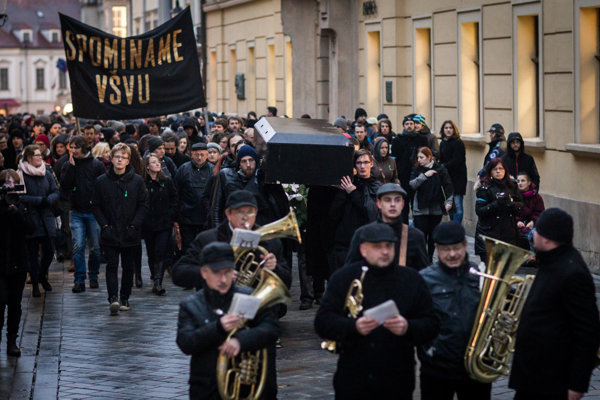 The education system in Slovakia has lost its battle and it was accompanied on its last way by teachers, students and also parents. About 500 of them were carrying the symbolical coffin, as well as black flags, candles or wreaths. They marched from the Hviezdoslavovo Square to the Government Office where they laid the coffin, the Sme daily reported.

Actor Robert Roth hopes that similar events will change the atmosphere in the society.

“Most people remain apathetic until somebody touches their money,” Roth told Sme. “But this is a much more important fight.”

The protestors did not bury only education, but also all reasons which resulted in the current state, said Vladimír Crmoman of the Initiative of Slovak Teachers (ISU).

“Where something dies, something new may begin,” Crmoman added, as quoted by Sme, expressing a hope for a new beginning. 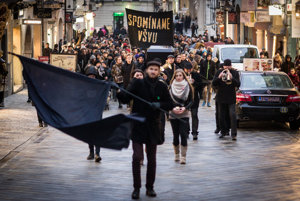 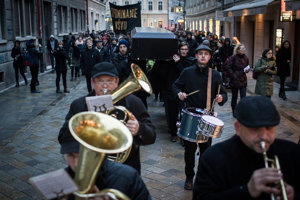 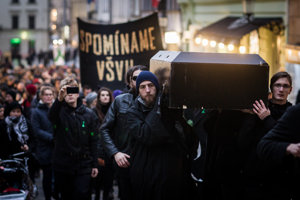 Meanwhile, IVU announced on February 29 that more than 560 employees from 20 universities have already joined the strike which started on February 15.

“The strike at universities continues,” Halas told the press, as quoted by TASR. “The university employees on strike have planned several events for the third week, as well.”

Among them will be discussions on the future of education held in various locations, a symbolic protest by students called ‘Five Minutes Past 12’, during which lectures will be interrupted for 10 minutes every day, and also lectures of university teachers at primary and secondary schools that participated in the strike held by the Initiative of Slovak Teachers (ISU) between January 25 and February 15, Halas added. 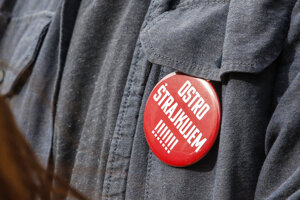