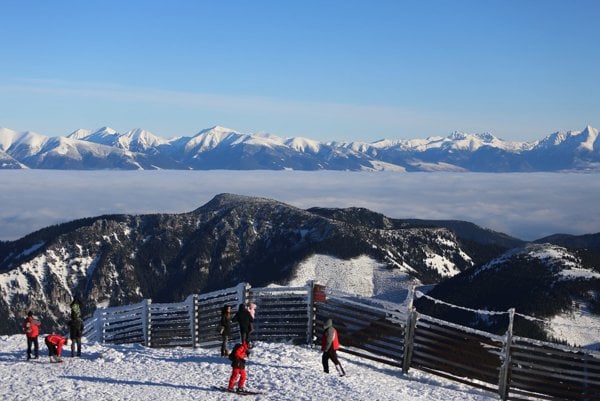 “Listing Slovak tourist destinations on travel lists in prestigious world media is a perfect way to lure more tourists to Slovakia,” said head of the Slovak Tourist Board (SACR) Marta Kučerová, as quoted in the press release.

As for winter holidays, websites usually endorse the ski conditions in the Tatras, particularly in Tatranská Lomnica in the High Tatras and Jasná in the Low Tatras. British daily The Guardian invites readers for an adventurous trip in the Tatras, while Danish MXmeteoexpress informs that Slovak ski resorts are an interesting alternative to resorts in Italy or Austria, SACR wrote in the press release.

Moreover, several Hungarian media outlets recommend not only a ski holiday in the mountains, but also visits to Bratislava and Košice. Finnish magazine for caravan owners Camper recommends hiking in the Tatras accompanied with good services, nice views and acceptable prices.

Slovenian blogger Nina Kogej, for example, recommends 12 things people can experience when visiting the city. The Kongres Magazine lists Bratislava as among the 10 most interesting places to hold a congress or seminar, SACR informs.

In addition, British newspaper The Telegraph lists the Danube among the 14 nicest European rivers and introduces Bratislava as an ideal place to start a trip in the Carpathians.

Slovakia has made itself known in several world media outlets also in the past. The LA Times published tips for trips in the High Tatras, while The Times invited its readers to a ski holiday in Slovakia. Also travel portals of CNN, BBC, The Economist, TripAdvisor and Lonely Planet have recommended holidays in Slovakia, SACR informed.