Who would employ thieves and loafers?

Robert Fico is just an employee too. People pay him from their taxes. 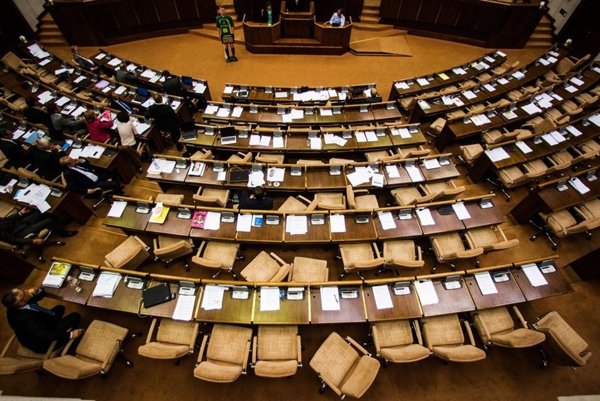 THE RELATIONSHIP between voters and politicians is essentially simple. Voters employ politicians and pay them through their taxes. They select politicians and sign four-year fixed work contract with them. Politicians often have the tendency to forget the essence of this relationship and lose themselves in the illusion that they rule the people rather than serve them. But voters do not delegate power to a group of people in order to create a new caste of untouchables, rather to have them administer public affairs for the wellbeing of all citizens. No exceptions.

The state of the country reflects not only what kind of employees politicians make, but also how demanding citizens are as an employer.

An accountant who steals?

Most would promptly fire an employee who signed contracts with his or her family and neighbours, ignoring all rules of fairness and decency. No employer would prolong a contract with someone who would come to work just sporadically, get drunk during working hours, fail to fulfill the plans and develop side deals at the expense of their main job. Or when they did show up at the workplace, they provoked pointless conflicts.

Election time is when we have a chance to fire those who did not work for our benefit. We remind politicians about the essence of their mission and we bust the myths about their privileges. The intensity of a politician’s smile, the colour of their tie or the quality of graphics on an election poster do not tell the voter how hard the politician has worked. Nor do the election meetings in sports halls, where politicians shower the electorate with stupid jokes.

The voter first needs to look at how a politician, who is again asking for the trust of people, fulfilled their plans and what, if any, impact his or her work has had on society.

If the health care resembles a comatose patient, with a weak pulse and unclear future, and the education looks like a pupil doomed for mediocrity, someone must be responsible for that. Octopuses leeched onto public resources are not a result of evolution.

Unwittingly, we have gotten used to seeing the culprits get lost among the anonymous masses and in common expressions such as “something went wrong” or “things got out of control”. But there are concrete people behind every failure, people who once asked for our trust and tried to convince us that things would get better. They did not.

A voter often complains that despite the scandals the political scene is never cleansed: dogs bark and the caravan moves on. Election time is the time when a voter can show the door also to those who have been making their way through politics carrying their baggage of nepotism, irresponsible husbandry or plain uselessness.

With their choice, voters are deciding who is in power. On election day everything is even.  If the noise of promises and the fireworks of populist vanity can silence  news about luscious assistants, obscure investments, corruption and arrogance, then the politician will be emboldened by the public's indifference.

Even though many call him the most powerful man in the country, Robert Fico is also just an employee who should serve all citizens with equal measure, not just the people who applaud him. When he refuses to answer questions from some journalists, he ignores some of his own voters. Fico often forgets his employee role and thus forgets the very essence of his mission. Only the voter can remind him why the nation hired him and what they pay him for.

The voter should be a better manager of his or her trust. The more superficial and rushed we are in our trust and mistrust, the better the chances are for populists. Politicians are not special in any way, and we should perceive the election campaign as a job interview.

The important thing is where the candidate comes from and what baggage he or she carries. What he or she said yesterday and what does not convince us about him or her today. Do they even have empathy, social intelligence, or do they only think through Excel charts and numbers in parliament? Will they even understand the law they will vote on? What is the proportion of delusions compared to sensible statements they give during the election campaign? How much will we have to feel ashamed for them when they cross the borders of the country?

Are they egomaniacs driven by the idea that they have the natural right to be in positions of power, or people who are able to use their talents, empathy, wisdom and healthy ambition for something greater than just an ego of an individual? Would they be willing to do the job even if it didn’t grant them any privileges, if there was no personal driver and no assistants, if there was no applause of masses and devoted party members?

How many of them found themselves on election slates because they got a sort of four-year trip in return for the loyalty to their party? Will their work depend on the mercy of their pay master?

We decide every day

Making decisions about other people are among the most difficult things we do every day. We decide about our children, parents, we decide whom we let into our life and whom we exclude. Because of people we stay or we leave our jobs. We consider cautiously who should have an influence over our children and form them as personalities.

In a few days we will decide about people who will then decide about us for the next four years. It is important for us to make the right decision about whom we hire and what work we will demand for our money. Sometimes employers show the door to those who are not suitable.