Hunters take aim at their own chamber

HUNTERS in the association of hunting organisations Hubert complain that legislation forces some 60,000 hunters to contribute to the Slovak Hunters Chamber (SPK), which fails to tell them what they do with the budget. 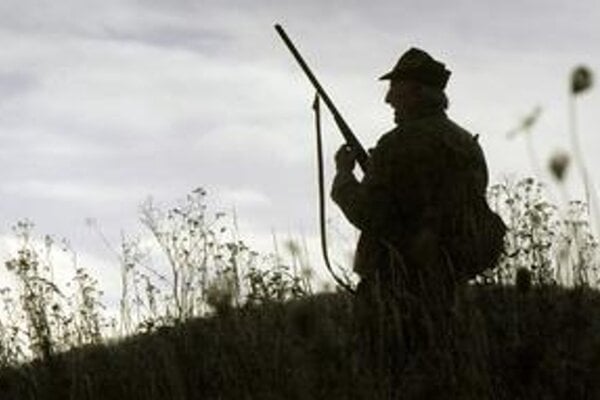 The chamber was created in 2009 as a part of a new law on hunting adopted by Smer MPs. Since then it has been led by Smer MP Tibor Lebocký. SPK united all hunting associations and is the only institution allowed to grant hunting licences.

Such an obligatory body is not fair because hunting is not profession, according to critics who point out that SPK members and even government do not have the power to check its finances.

Hubert gathered support from some of the biggest opposition parties for a plan to change legislation and rules concerning hunting. Hunters demand a cancellation of the obligation to join SPK and some payments for the chamber. They also want to cancel the obligation to renew hunting licences every five years.

Ordinary People and Independent Personalities (OĽaNO), Most-Híd, Christian Democratic Movement (KDH), Sieť and Freedom and Solidarity (SaS) signed Hubert’s memorandum pledging to do so. The ruling Smer party has not responded to Hubert’s call and the Slovak National Party (SNS) said it will discuss the issue after general election March 5.

Such complaints have been around for awhile but they are not constructive, according to head of SPK Imrich Šuba.

“This is just rerunning rhetoric of several people with a single motivation to destroy the organisation, naturally without any proposed solution,” Šuba told The Slovak Spectator. “Even if they had some solution it’s result would be anarchy.”

A number of Slovak MPs are hunters. The SME daily counted 18 hunters of 150 MPs while the final number is probably higher. Therefore hunting legislation probably concerns them too. Some Smer MPs would like to adopt some of the proposed changes.

Antonín Cicoň who was a Smer MP, but has since become a substitute member, is one of them. He supports the idea of one organisation uniting all hunters but also wants to change the required renewal of hunting licences.

“I would support the idea that a hunting licence is lifelong or at least 10-years long ,”  Cicoň told The Slovak Spectator. “If someone has a problem with a permit to use a gun it could be checked via a gun licence.”

Opposition MPs previously approached the Constitutional Court over this matter in 2014. The filed complaint was signed by 47 MPs from  OĽaNO, Most-Híd, KDH, SaS and Slovak Democratic and Christian Union (SDKÚ).

The court rejected their demand to block the enforcement of the legislation but it is deciding about the issue. The public hearing is slated for March 16, court spokeswoman Martina Demčáková told the Slovak Spectator.

On the other hand, it was not politicians but ordinary people and hunters who collected 350,000 signatures in a petition for creating a united hunting organisation as a guarantee of nature and cultural and historical values, according to Šuba.

“This decision is proof that they act before they study the organisation and the operation of similar modern organisations in developed Europe,” reads the SPK statement.

However, this petition was about hunting organisations, not about SPK, according to Cagala.

“Everyone signed it, even me, men in taverns and pensioners coming out from church,” Cagala said.

MPs filling a complaint against the obligatory element of the SPK referred to a Hungarian constitutional court’s decision, which cancelled it in a similar matter.

“Another reason to doubt the legality of enforced membership in SPK is, for example, the fact that people who fish, a similar hobby, are not obliged to unite in a fishing union,” Ján Mičovský of OĽaNO said in 2014, as quoted by the TASR newswire. “Even professional foresters who have voluntary membership in the Slovak Forestry Chamber have such freedoms.”

Mičovský added that obligatory membership in chambers is acceptable only in professions such as auditors, lawyers and so on.

Such comparisons are not right because hunting is not a hobby but a serious activity which should have specific rules, according to Šuba.

“Only experienced and well-prepared hunters should have the right to intervene in nature ,” said Šuba. “It is a relict of past times when anyone could become hunter within a short time and they thought that they could do anything.”

When all basis payments are accounted including the hunting licence renewal fee, hunting ground fee, individual fee for membership and contributions to a hunting development fund, the SPK receives around €1.5 million from around 60,000 hunters per year.

SPK claims that its yearly income is €535,000. With this budget SPK is running 13 activities which the state would otherwise have to do.

However, SPK runs only those activities which are profitable and less profitable activities, like managing hunting plans, are still burdens upon state regional offices, according to Cagala.

Moreover, it is impossible to learn how chambers handle that money because it does not have publicly accessible annual reports. Even the Environment Ministry stated in the past that it does not have the power to check SPK’s finances.

Šuba responds that SPK is more open and transparent than many other similar chambers and its representatives are elected at the regional and state levels.

“We discuss all information in our meeting where we present reports on our activities in particular areas such as hunting, cynology, education and so on,”  Šuba said.

Cagala, however, questioned it saying that this statement is superficial.

“SPK is obliged to publish everything; they live from our membership fees therefore we have the right to obtain complete information,” Cagala said.