SLOVAKIA’S authorities may have enabled the export of weapons needed by the Syrian opposition against the regime of President Bashar al-Assad since 2013. 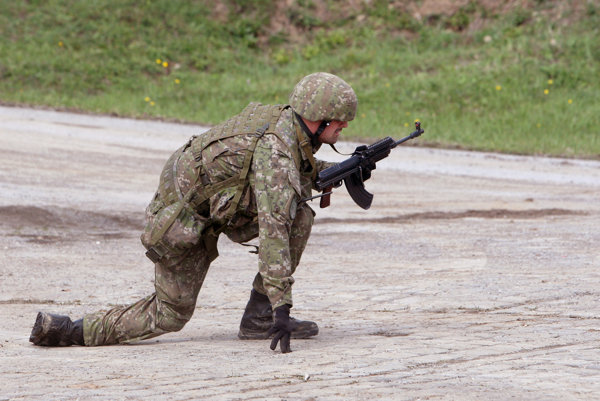 Slovak Prime Minister Robert Fico has criticised several European countries for supplying Syria with weapons and supporting the conflict there, which has resulted in the current migration crisis. The fact, however, is that Slovakia has been secretly exporting weapons, which are also used in the country, the Denník N daily reported.

Slovak weapons are reportedly delivered to Saudi Arabia, from which they are sent to the armed groups fighting in the Syrian war. The weapons cannot be exported to the area without the consent of Slovak state authorities, the daily writes.

Moreover, part of the exported weapons may come directly from the Slovak military storehouses.

Slovakia approved during the years 2013-2016 many exports of weapons of Czechoslovak and Soviet origin to Saudi Arabia. The licence to carry out exports was given to two unknown Slovak firms Eldon and Kelson. The former resides in Bratislava, the latter in Banská Bystrica. Both are owned by Ivan Jakeš, as reported by Denník N.

When asked whether he knew about this, Fico did not reply to the daily.

Allegedly, Saudi Arabia does not need these weapons and ammunition, but it is an ally to the USA and Turkey and provides them to rebels fighting against Assad, an ally of Russia and Iran. As the group of rebels is very varied, it is not always clear who receives the weapons, as reported by Denník N.

The Economy Ministry did not want to comment on the exports, saying that it is confidential information. When asked why it allowed the exports of weapons that may end up in Syria, the ministry answered that it always asks the end countries to sign a note stating that they will not re-export the weapons. The Defence Ministry did not answer questions, while the Foreign Affairs Ministry told Denník N that the re-export of weapons is possible, but only if Slovakia agrees.