JARMILA Hudecová from Nemce has an interesting hobby: she collects cowbells and small bells. The woman, an economist in the municipal office, has about 2,300 of them from 95 countries worldwide, including exotic destinations. 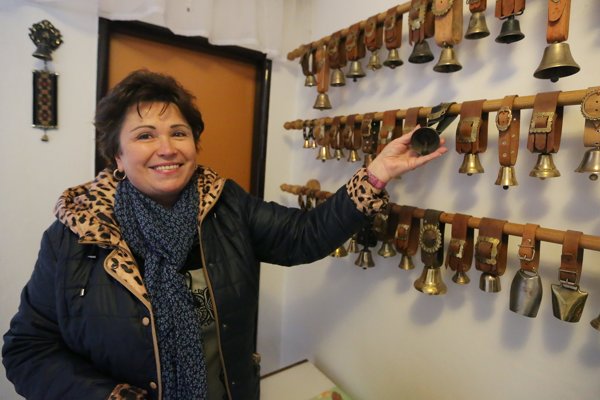 Last year, she got an official certificate from Slovak Records that she had the same number of bells as the year AD (2015), from 88 countries.

“Since then, 200 to 300 more bells have been added to my collection,” said Hudecová, who belongs among the biggest collectors on the territory of the former Czechoslovakia, to the TASR newswire.

Her friends, relatives and acquaintances can best delight her by bringing new “exhibits”; and of course, she also enhances her collection herself. “People who roam the world, even strangers, remember me and bring me cowbells,” Hudecová said. “I started having problems with space, where to put them – the house can not be inflated, and I am considering what to do, but I still have some more space.”

Her vast collection flanks the walls of the staircase of her family house. 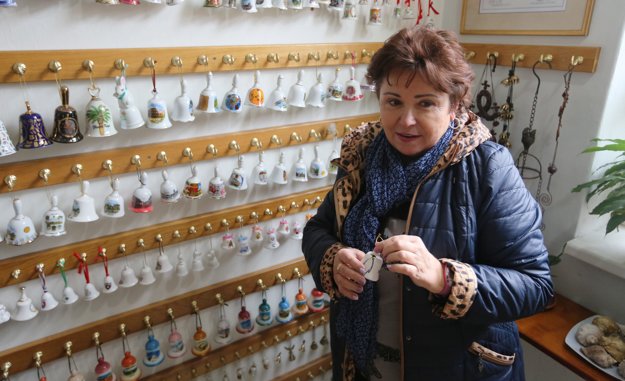 “It cannot be said which bells are the most precious,” she continues. “This is a  matter of heart, depending on from whom you have the bell, or what it reminds you of. When I was in Russia, in one of the men’s monasteries, I got a bell made by a company from Voronezh which produces also church bells for about 6,000 rubles – about €130 – . It is from the same material. I tend to not to buy clothes when on holiday but cowbells instead.

Her bells are various – some more than a hundred years old, firemen’s bells, souvenirs from Japan, the Scottish Islands, Iceland, New Zealand, Alaska, USA, Mexico, South Africa – from all over the world. They are made from ceramics, Kashmir, iron, wire, porcelin, or decorated with Swarowski crystals. Hudecová also highly esteems her double bell from Azerbaijan.