Slovakia is officially a mature democratic system, one where voters appear just as discouraged with pretty much everything as everybody everywhere else. 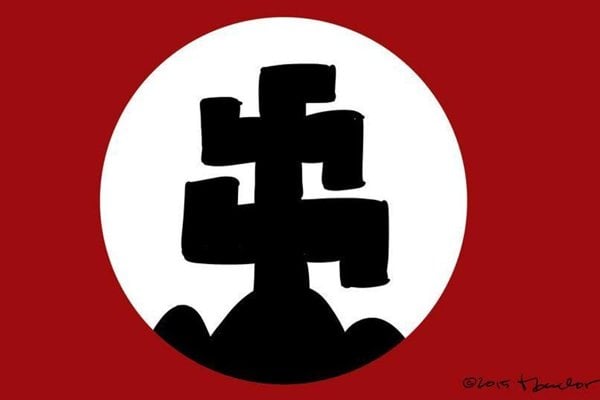 CONGRATULATIONS Slovakia, was there ever really any doubt? Today the country is officially a mature democratic system, one where voters appear just as discouraged with pretty much everything (including democracy itself) as everybody everywhere else.

Far right wing and generally populist parties did well in the March 5 election, while Ivy League graduates did poorly and voters fled traditional parties in droves. Prime Minister Robert Fico had a bad night, and Radoslav Procházka’s Siet’ party even worse as it nearly missed parliament altogether. Meanwhile, the biggest failure of all came from the Slovak Statistics Office, which had big trouble counting the votes — a likely false, but funny rumour circulated that one of the workers there crashed the server when they spilled mayonnaise-based cod salad all over it. If only we can attribute the rest of the evening to a silly mistake.

Richard Sulík’s Freedom and Solidarity (SaS) was a big winner, finishing second, but perhaps the best (or worst?) performance of the night came from Marian Kotleba’s People’s Party-Our Slovakia (L’SNS) which took 8.1 percent of the vote. That performance saw a borderline Nazi party enter parliament for the first time since World War II. Conventional wisdom would have it that Fico’s decision to play the anti-immigration card throughout campaigning contributed directly to L’SNS’s success, but according to exit polls people backed Kotleba because of his positions on corruption and social inequality.

It is hard to draw a clear conclusion out of the voting results — both liberals and neo-fascists did better than expected — other than voters are clearly enraged. It does seem safe to say two semi-contradictory things at the same time. Fico’s ugly migrant rhetoric fed a larger beast of fear and instability producing unpredictable results, while the cowardice that saw Siet’ and other mainstream parties decline to confront this head-on also angered people.

Though no one seems to say it, the latter phenomenon has perhaps the most to do with the crisis of democracy that is now enveloping what seems like the entire world. As signified by Donald Trump, Marine Le Pen or UKIP’s Nigel Farage and their 13 percent showing in the 2015 UK election, voters are drawn to leaders who “tell it like it is” because they have grown used to politicians saying nothing at all.

In what was a gradual process for decades, politicians and campaigns became about reading poll numbers and strategic communication. It became more about resume, marketing and avoiding “gaffes” than shaking hands outside the factory gate during the shift change. It’s not just a feeling, high level politicians really did lose the personal touch that was how people used to win elections. Worse yet, they seemed almost uninterested in the individuals they were seeking to represent. A party like Siet’, which got about a third of the votes it was expecting, embodies this ethos completely.

What people want today are representatives that remind them of themselves, or at least how they like to envision themselves. Kotleba is angry and believes the system is geared toward screwing him over. He is mad as hell and is not going to take it anymore, and people who have been taking it for years like this. Trump calls every other politician he encounters a clown and a phony. Combine this with a brand that is synonymous with success and wealth and many Americans take to that as well.

Democracy was never really designed to create some permanent class of career politicians. It was meant to see everyday people run for office, serve for a time, and then be replaced by others taking their turn. Sure the world is complex, but if you put a group of businesspeople, lawyers, accountants, factory workers and stay at home parents in a room together and force them to talk about things you are likely to discover a pretty diverse skill set. Combine this with a professional bureaucracy and you might even be able to run a country. A group like that certainly seems like it could write laws, make a budget and prioritise schools over bailing out bankrupt companies with friends in high places. They might even listen to what their neighbours have to say.