THE MEAL voucher scheme has long been criticised for the profits it generates for just a handful of stakeholders. 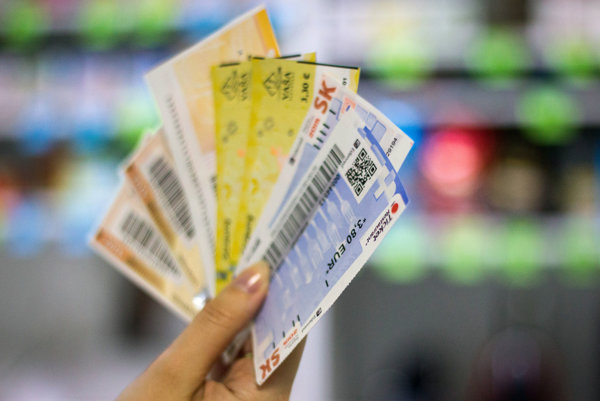 Now, the Antimonopoly Office has joined the criticism and imposed a hefty fine after discovering that the five companies issuing meal vouchers violate free market principles.

“Competition has completely failed on this market; this means that the market is a cartel or was a cartel in the given period and we also think that this market is very prone to other cartels in the future,” said Radoslav Tóth, vice-chairman of the Antimonopoly Office (PMÚ), in late February, as cited by the SITA newswire. He went on to call on the Labour Ministry to abolish the vouchers and replace them either with money directly paid to employees or an electronic voucher scheme.

The PMÚ found five companies issuing meal vouchers guilty as part of two cartel agreements and imposed an aggregate fine of €2.96 million. The affected companies still can challenge the verdict, so the PMÚ has refused to identify them.

Based on information and documents PMÚ obtained during a one-year investigation, it claims that the companies have restricted competition with a cartel agreement under which they, between 2009 and 2014, divided up the market amongst themselves. The companies involved agreed not to lure away an existing client of another voucher issuer. When companies held a tender to find a voucher supplier, only one company offered acceptable conditions. Others submitted only pro forma bids. This way they kept their market share stable and only really competed for new clients.

Within the second cartel the voucher issuers pressed on retail chains to accept a maximum of five vouchers per shopping trip. This way they wanted to push people to spend vouchers in restaurants. The second cartel agreement, even though retailers have never implemented such a restriction, lasted from 2011 and 2014.

The Association of Issuers of Meal Vouchers does not see a reason to comment on the PMÚ’s verdict, the organisation informed on its website.

In Slovakia’s Labour Code for nearly 20 years employers have had to contribute to the meals of their employees. As only large companies usually have a canteen, others give their employees meal vouchers issued by voucher issuing companies of which the biggest include Doxx, Endered, Le Cheque Dejeuner and Vaša Slovensko.

About 750,000 employees receive meal vouchers from their employers.

The PMÚ proposes dissolving the voucher scheme with employees instead receiving a direct financial contribution to their salaries, or a shift to a voluntary system, with employees deciding for themselves whether they want to receive meal tickets or cash. In case of the latter, employers will directly pay the benefit to employees when it would be exempt from taxation and levies as is currently the case of meal vouchers.

In their reaction the Labour, Social Affairs and Family Ministry stated that if meal tickets were scrapped, people’s interest in having meals at restaurants would fall dramatically and they would use the money for other purposes than buying a meal. This can have a negative impact on their eating habits resulting in worsened health conditions as well as on employment in the restaurant sector.

The Association of Issuers of Meal Vouchers shares the latter opinion, arguing that if vouchers are scrapped, sales of restaurants would decline by €209 million annually and that thousands of cooks and waiters would be out of a job.

Criticism of the voucher scheme

Opposition politicians and some economic analysts have repeatedly criticised the meal voucher scheme arguing that vouchers are only a useless interlink between employers and employees securing a highly profitable business for the voucher companies. Moreover, it brings more red tape to employers as well as restaurants and retail chains.

There have already been several attempts to scrap the scheme, but they have failed so far as the Labour Ministry remains a strong advocate.

“Companies issuing meal vouchers have secured hundreds of thousands of clients,” said Radovan Ďurana, an analyst at the think tank Institute of Economic and Social Studies (INESS), as cited by the Sme daily. “They can keep high rates for usage of meal vouchers, moreover with only small concerns in terms of the future.”

Restaurants also criticise the scheme when they point to increasing commission for re-purchase of vouchers by their issuers.

Retailers join the criticism pointing out that the original idea of meal vouchers is now so broken that they are useless in their current form. Pavol Konštiak, the president of the Association of Trade and Tourism, recalled that the employee was able to get a warm meal via the voucher in the past. The usage of the voucher is by law limited to the purchase of meals and it is not possible to pay for alcohol or cigarettes.

“But this has changed in such a scope that you can today actually buy anything with the voucher,” said Konštiak, as cited by the Hospodárske Noviny daily. “Vouchers should be cancelled in any form because it is a profit-making activity of just a few companies.”