Time of the extreme

It's important for the country not to be defeated. 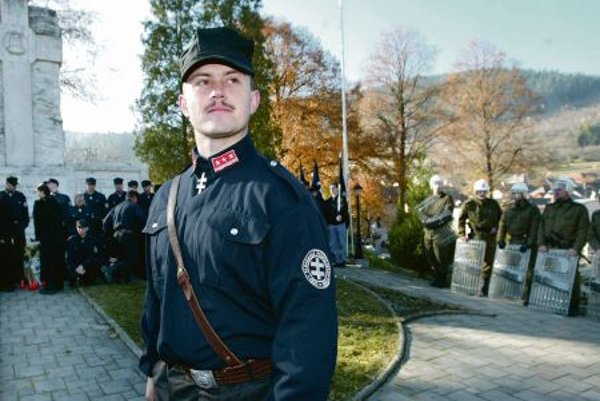 He claimed he was protecting Slovakia. From an enemy that most Slovaks never met. Yet he opened the door to an enemy, neo-Nazism, that was much closer than Slovaks thought him to be.

Robert Fico has set the discourse about refugees so that extremist opinions no longer belonged to the margins of society.

The fanned passions and fear finally failed to help Fico. Voters did not lend him another landslide victory. They doomed him to being in the first place, but with no victory. It is the end of Robert Fico's era. Although Fico is not the winner, it does not mean that there are any other winners of the election.

The important thing, however, is for the country not to be defeated. For neo-Nazism that is making its way into public space to remain just a temporary deviation, and for the democratic system to gradually force it out.

For the frustrated people to understand that they indeed elected no solutions through pseudo-leaders, and that their problems will only deepen over time.

At the same time, parties that still honour democratic values, must give a new, less compromised and, most of all, real meaning to the slogans that they work for the people. Because as long as the voters do not feel that, they won't trust them. And even more men wearing green T-shirts will appear in the streets.