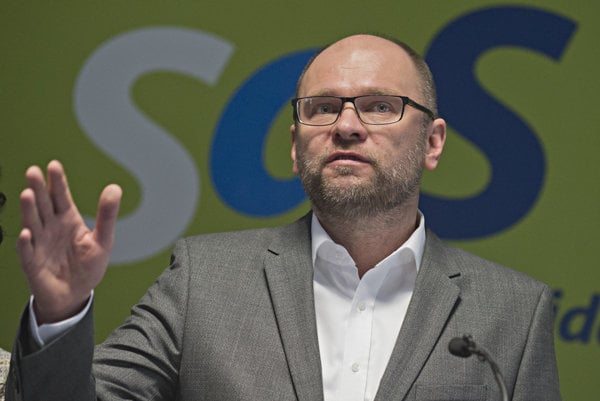 The meeting between Kiska and Fico was originally planned to take place on March 8, but it was postponed.

“The meeting was postponed based on Robert Fico’s request due to his late return from Brussels,” said Martin Lipták of the President’s Office press department, as quoted by the TASR newswire. 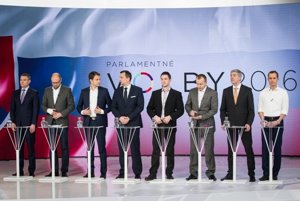 The representatives of the centre-right parties, whom Kiska met on March 7, have, however, refused the possibility to cooperate with Smer. Following these meetings, Richard Sulík, chair of Freedom and Solidarity (SaS) which finished second in the March 5 general election, said he plans to start unofficial talks with representatives of the centre-right parties.

He has already addressed the Ordinary People and Independent Personalities (OĽaNO-NOVA), the Slovak National Party (SNS), Sme Rodina (We Are Family) of Boris Kollár, Most-Híd and Sieť, the SITA newswire reported.

Sulík hopes he can create a stable government which will fight against corruption, create conditions for fair punishments of those who steal from the country, and adopt changes in economy to boost employment. 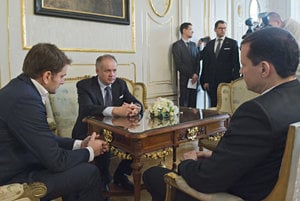 “We can create a stable coalition with 87 mandates,” Sulík told the press on March 8, as quoted by SITA.

He hopes that the party can act as a mediator between Most-Híd and SNS which differ in their opinions on several topics.

Sulík went on to say he respects Kiska’s decision to appoint Fico to form the government. If Fico succeeds in forming the government, he will respect it as well, the SaS chair added.

Kollár already said that his party, which will hold 11 seats in the parliament, will support a centre-right government, although it does not want to join a coalition, as reported by the TASR newswire.