RECENTLY published data confirm that Slovakia’s economy accelerated in the final quarter of 2015, resulting in the fastest growth since 2010. 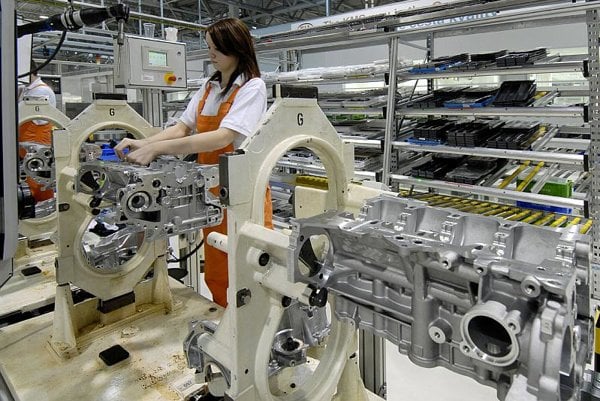 After seasonal adjustment, the GDP increased by 1 percent quarter-on-quarter. In current prices, the volume of GDP went up by 4.2 percent y/y to €20.169 billion in 4Q 2015, the Slovak Statistics Office (ŠÚ) informed on its website.

As for the whole year, Slovakia’s economy increased by 3.6 percent y/y. Strengthening of economic growth was underpinned by both, foreign and domestic demand, which constantly sped up in the course of each quarter of 2015. They rose by 9.1 percent and 6.5 percent, respectively.

The main driving force was Slovaks buying durable goods, for example cars, according to analyst with UniCredit Bank Czech Republic and Slovakia Ľubomír Koršňák. This is confirmed also by retail statistics. The sale of cars in 2015 increased at the highest tempo since 2007, the Hospodárske Noviny daily reported.

Analysts also agree that the growth was positively affected by EU funds-related investments. They increased by nearly one-fifth in the final quarter of 2015, which is the highest growth since mid-2005, according to ČSOB analyst Marek Gábriš. This was the result of efforts to draw the money from the 2007-2013 programming period, he added, as reported by the Pravda daily.

Though also companies reported a higher number of goods they exported abroad, their total impact on the economy was low.

Analysts predict that this year the economic growth will be slower than in 2015, though it will remain strong. The National Bank of Slovakia, the country’s central bank, expects the GDP will rise at 3.2 percent y/y. The main driving force should be domestic demand, especially consumption of households, Gábriš told Hospodárske Noviny. 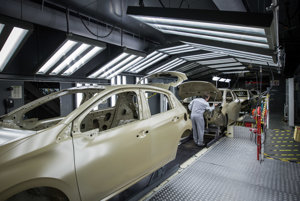 The ŠÚ statistics also confirmed that the average nominal monthly salary in 2015 increased by 2.9 percent y/y to €883. The growth was by 1.2 percentage points lower than in 2014.

The seasonally adjusted average salary in the final quarter of 2015 went up by 1.2 percent q/q, the TASR newswire reported.

Information and communications in the final quarter of last year posted the highest average monthly salaries: €1,944. Next came finance and insurance with €1,686, and electricity, gas and steam supplies with €1,560.

Altogether 10 sectors paid salaries lower than the national average in 4Q 2015. The lowest average nominal salaries were found in accommodation and food services (€580), in other activities (€661), in agriculture (€692), and in construction (€699).

The average nominal monthly salary in the final quarter of 2015 was higher than the national average only in Bratislava Region (€1,185). In other regions it ranged from €776 (in Prešov Region) to €894 (in Trenčín Region). Average salaries grew in annual terms in all regions, with the biggest increase of 6.9 percent recorded in Žilina Region, TASR reported quoting the ŠÚ data.