Activists propose the dissolution of ĽSNS

A GROUP of anti-fascist activists submitted a proposal to dissolve far-right People’s Party – Our Slovakia (ĽSNS) to the General Prosecutor’s Office. 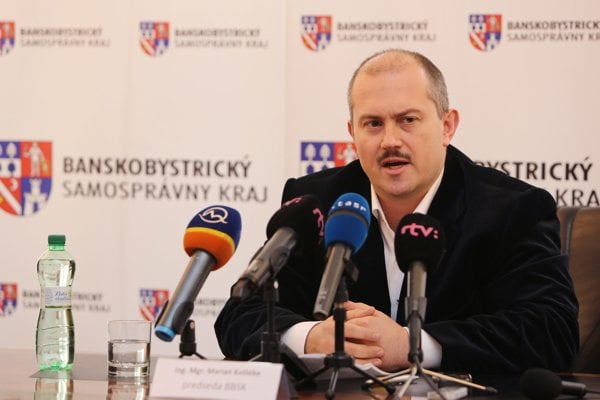 The fact remains, however, that since its representatives were elected to the parliament, they will keep their mandates as the Slovak legislation does not define what to do in such a situation, the Sme daily reported.

General Prosecutor Jaromír Čižnár now has two possibilities regarding how to decide on the motion: first, that there is nothing wrong about the party and it would continue functioning, and second, that its activities are at odds with the constitution. In such a case he will submit a proposal for dissolving the party to the Supreme Court.

The Supreme Court would subsequently decide on the matter. It already dissolved one party in 2006: the Slovak Togetherness – Our Party which was led by current chair of ĽSNS Marian Kotleba. The General Prosecutor’s Office says it has been monitoring the situation around ĽSNS and Kotleba for some time as part of the fight against extremism and racially motivated crimes, Sme wrote.

If Čižnár managed to submit a proposal to dissolve ĽSNS immediately and the court issued a ruling by April 6, which is the deadline for new MPs to take an oath and get their mandate, the dissolution would impact the composition of the parliament and the talks concerning a new government. The law, however, says nothing about what to do with elected MPs who have not taken an oath yet, as reported by Sme.

The last mention of such a case comes from the law on elections from 1990 which is still valid. It stipulates that if the party is dissolved after registering its slate, it is not taken into consideration when dividing the mandates. In such case, the 14 seats won by ĽSNS would be distributed to the remaining parliamentary parties.

This would however not solve the current stalemate situation in parliament as Smer and the Slovak National Party (SNS) would have 71 MPs. Theoretically, the government of Freedom and Solidarity (SaS), the Ordinary People and Independent Personalities (OĽaNO), Most-Híd and Sieť would be established, resulting in having 67 MPs. With the support of Sme Rodina (We Are Family) of Boris Kollár they would have 79 votes, according to Sme.

It is, however, more probable that the Supreme Court would decide after ĽSNS representatives take their oaths. This would in turn fail to impact the composition of the parliament and they would keep their mandates, Marián Giba of the Comenius University’s Faculty of Law told Sme.

Some journalists were not let in

Meanwhile, Kotleba summoned a press conference on March 8 at which he criticised President Andrej Kiska for inviting only standard parties to the talks on forming a government. He, however, did not allow some standard media to attend the press conference.

The building of the Banská Bystrica Self-Governing Region’s (BBSK) office was not open to reporters of private broadcasters TV JOJ and TA3, dailies Nový Čas and Denník N, and also Czech magazine Týden.

Head of the BBSK office Milan Uhrík explained that these are not relevant media and they often describe Kotleba as fascist without offering him space to defend himself, the public-service broadcaster RTVS reported.

The journalists called it a sign of totalitarian power and an obstacle to free information about events in BBSK and Marian Kotleba, who holds a public function, according to RTVS.