Tips for events in the Slovak capital between March 11 and 20, including a lot of music of various genres, bird watching, a vegan dinner, festival of anime, games and modern Japanese culture, cat show, exhibitions and more. 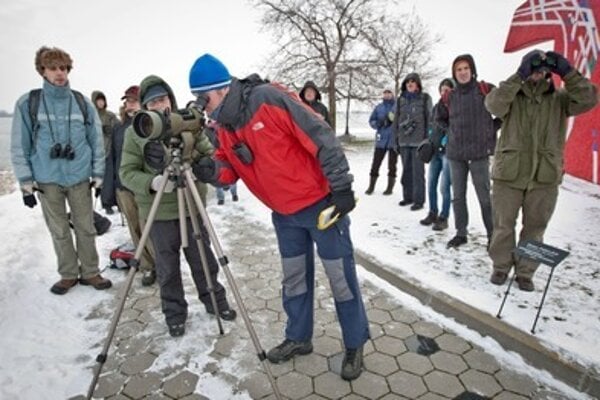 LANGUAGE/MEETING: Month of Francophony – March is annually a month of French language and culture when the French Institute organises a series of events and tries to popularise this language in Slovakia. A week of French films, Crème de la Crème, exhibitions, presentations and performances from this Francophony Month in 2016. A complex set of films divided into 4 sections (Crème de la Crème contemporary, Homecomings, 3xMarion and For Children) will be presentedbetween March 10 and 16 in cinemas across the city (Film Europe, Mladosť, Lumiere) within Crème de la Crème. Starts: Feb 27 - April 5; various locations. Admission: various. More info: www.citylife.sk; www.institutfrancais.sk.

LIVE MUSIC: Andrea Zimányiová & Juraj Burian – A good musical match is this combination of a popular male musician, a guitar virtuoso, a studio player with a young female, multi-genre singer. This duet brings new renditions of world-famous songs. French-songs style is a combination of guitar and singing, with a lot of improvisation. Starts: March 12, 21:00; Rustique. Obchodná 7. Admission: €3. More info: www.citylife.sk. 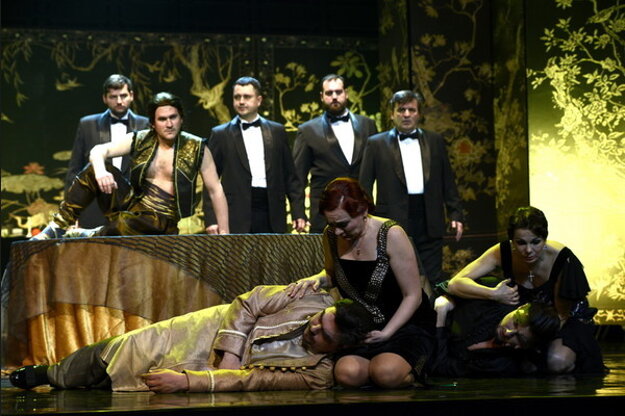 LIVE MUSIC: The Eben Brothers – The legendary brothers come to Bratislava. They focus on modern folk, jazz and rock music and use unconventional and inimitable musical tools. This combination creates an absolutely new and unique “eben” sound, which is rare in combination with their lyrics on the folk scene. Starts: March 14, 19:00, Teatro Wüstenrot. Trnavské mýto 1; Admission: €15-€18. More info: www.gedur.sk.

BALLET: Le Corsaire – Adolphe Charles Adam – The ballet, written by Jules-Henri Vernoy de Saint-Georges, and composed by Adam is a masterpiece of the Romantic era of ballet; choreographed by Jospeh Mazilier and connected with the heyday of classical Russian ballet. The version staged in the Slovak National Theatre is inspired by the version of legendary Marius Petipa, while staged by Vasily Medvedev. Starts: March 15, 19:00; new SND building, Pribinova 17. Admission: €6-€25. Tel: 02/2047-2299; www.snd.sk. 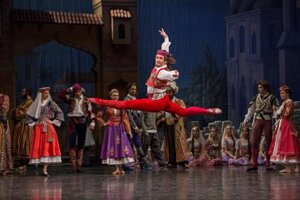 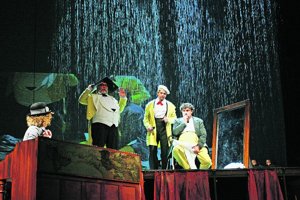 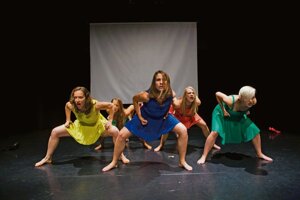 CLASSICAL MUSIC: The Music of Famous Composers in Bratislava – This concert presents works of composers who had some kind of connection to Slovakia and its capital via their music. The goal of this project of the Bratislava Chamber Opera is to spread knowledge and the image of music, culture and history in Bratislava as a coronation city of Marie Therese before 1830. The concert is conducted by Adam Sedlický and Marco Vlasák. Starts: March 18, 19:00; Moyzes Hall, Vajanského Nábrežie 12. Admission: €12. More info: www.citylife.sk.

EXHIBITION: Strach z neznámeho /Fear of the Unknown – The migration crisis which we are facing is the most serious since the WW2. Millions of people have to leave their homes because of war or extreme poverty. The experience with other cultures is new and practically unknown for the post-communist countries. This exhibition is trying to break the barrier in communication between them. The native and foreign artists are focusing on refugees and our attitude towards them. Open:  Wed-Mon, 12:00-19:00 (21:00 on Fri) since March 18 until July 31; Kunsthalle Bratislava, House of Art, SNP Square 12. Admission: free. More info: www.kunsthallebratislava.sk.

EXHIBITION: On the Freakshow - Andy Pheby Paintings – Andy Pheby is a contemporary figurative painter who portrays people or things that can stand for people – benches, objects, animals. Chance plays a role in many works where liquid paint is pooled and thrown across the work. Pheby is influenced by painters such as Manet and Goya, whom he refers to in his work, as well as the colours used in Indian miniatures. Open: Mon-Fri 12:00-18:00, Sun 12:00-16:00 until March 31; City Library Bratislava, Klariská 16. Admission: free. More info: www.mestskakniznica.sk/sk/1-andy-pheby:-on-the-freakshow.

EXHIBITION: Hľadanie identity / Searching for Identity – The art of painter with Slovak origin Arnold Peter Weisz-Kubínčan, representative of the period between the two world wars in art, can be seen in the Mirbach Palace. He created expressionist paintings of Slovak rural areas in Orava, Liptov and Turiec. He was born as a Jew, but diex as a Christian in a Nazi concentration camp. All his life, the author was searching for his own identity. The exhibition seeks to present his work to the public, based on numerous image- and documentary materials. Open: Tue-Sun 11:00-18:00 until April 24; Mirbach Palace of GMB, Františkánske Square 11. Admission: €2-€4. Tel: 02/5443- 1556(-8); www.gmb.sk. 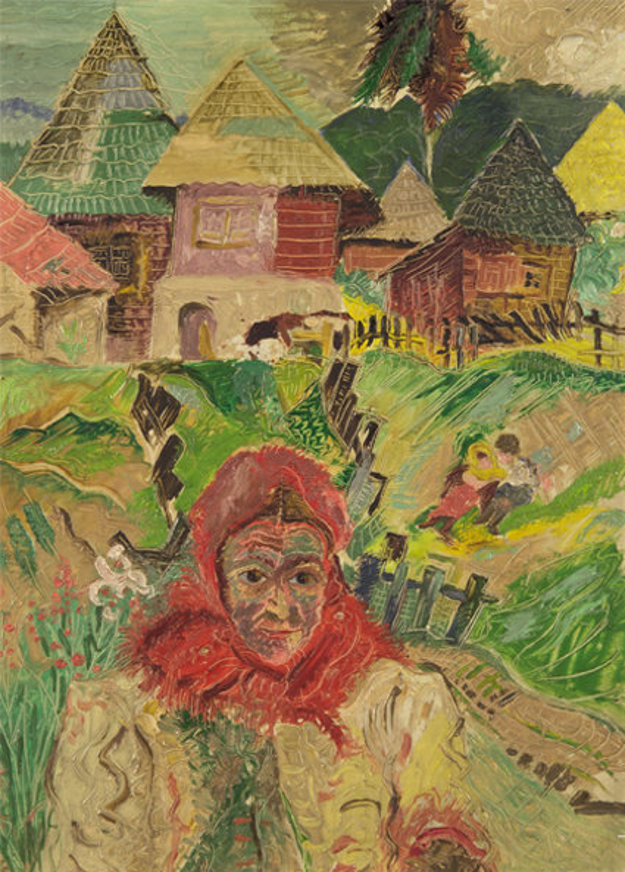 EXHIBITION: Caricature and Jazz – The exhibition focused on the blending of jazz and cartoon was presented as a support event of Dodo Šošoka Festival in Piešťany (commemorating the jazzman of this name). In Ticho you can see a complex set of cartoons created during five years according to the concept of Bobo Pernecký. Collection of artworks by 24 artists come from Bulgaria, the Czech Republic, Germany, Poland, Slovakia, Sweden, Ukraine. Open: weekdays 8:00-20:00 until March 31; Ticho and spol. Theatre, Školská 14. More info www.citylife.sk.

EXHIBITION: Spiders and Scorpions – More than 40 living animal species with safe inaccessible glass terrariums can be seen, cameras are allowed. Among other species, people can see one of the most dangerous spiders, the black widow (Lathrodectus mactans), the biggest one (Theraphosa stirmi) and the large scorpion (Pandinus imperator). The exhibition corrects widespread myths and mistaken facts about these species. Open: Tue-Sun 9:00-17:00: March 12 until June 26, last entry 16:30; Natural History Museum of the Slovak Naitonal Museum (SNM), Vajanského nábrežie embankment 2; More info: www.snm.sk.

EXHIBITION: Silent and Glass/ Ticho a sklo – Exhibition hailing almost 25 years of the existence of this private gallery focused on glass presents several generations of glass artists - the best works of students of the Academy of Fine Arts and Design in Bratislava-VŠVU – and their works which are diverse, with a wide spectrum of technological and philosophical variations in design and creation. Open: Tue-Sun 13:00-18:00 until Mar 27; Galéria NOVA, Baštová 2. Admission: free. More info:www.galeria-nova.sk.