Plans for tram line in Petržalka

The Old Bridge still not open; preparation for extension of works on tram line continues. 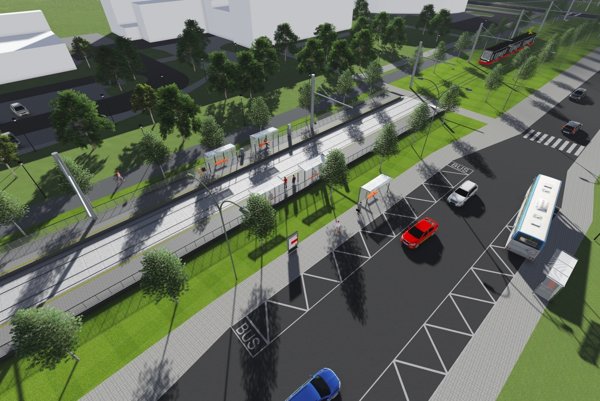 While the reconstructed Old Bridge has not yet been opened, even for pedestrians, and trams are expected to carry passengers over the Danube River only later during spring, works on extending the tram line deeper into Petržalka go on. The Bratislava city council introduced to the public on March 8 the project of construction of the tram line from Bosákova Street to Janíkov Dvor. The plan is currently undergoing the process of an Environmental Impact Assessment (EIA).

The tram line will be incorporated into the existing public transport in Bratislava “in order tram transport would be maximally used by passengers from the borough of Petržalka for transport to the Old Town,” said Bratislava’s spokesperson Ivana Skokanová, as cited by the SITA newswire. 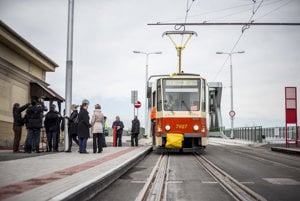 While the project of the tram line mostly along the Chorvátske Rameno, a branch of the Danube River, in Petržalka is not a brand new project, it has changed compared to the latest one. For example, there will be no road along the tram line as was originally planned while there will be built a cycling path instead.

“We made several fundamental and beneficial changes to the project: we scrapped the four-line road [that not only citizens but also the EC refused], there will be grass between the rails, cycling paths on both sides of the line, increased security at crossroads; we proposed joined stops that will make changing of lines for passenger transport easier and we will build parking for cyclists including bike racks,” said Bratislava Mayor Ivo Nesrovnal, adding that they adjusted the original project from 2012 in order that it takes into consideration comments by citizens as well as possibilities to finance the project from EU funds. 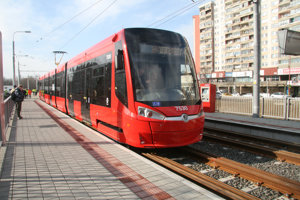 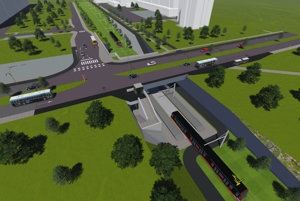 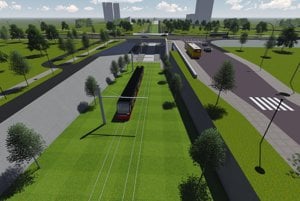 The construction of the tram line from Bosákova street to Janíkov Dvor is planned for years 2018-2020. The double-rail line will be 3.78 km long and should have seven stops: Chorvátske Rameno, Gessayova, Zrkadlový Háj, Stred, Veľký Draždiak, Lietavská and Janíkov dvor. It will be an extension of the existing tram line from Šafárikovho Square via the Old Bridge up to Bosákova Street.

The general public can express its opinions and comments on the project in written form, which the Ekojet company has elaborated in two variants, by March 14. Those interested can view the project at the website of the Environment Ministry: www.enviroportal.sk.