ONE of the most recognised Sieť party politicians Miroslav Beblavý who has recently pointed out several sandals concerning the health care sector resigned from his post as the party’s vice-chairman on February 9. 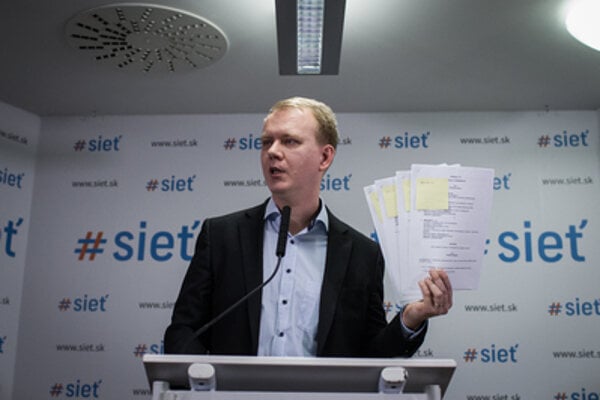 His statement came only a few days after Sieť earned surprisingly poor results in the March 5 general elections, receiving only 5.6 percent and barely making it to the parliament.

“The reason for this move is the serious damage to my trust in party chairman Radoslav Procházka over certain information recently released in the media and at the party presidium session on Monday (February 7),” Beblavý wrote on Facebook.

The tabloid daily Nový Čas reported that Procházka, along with party vice-chairman Andrej Hrnčiar met Prime Minister Robert Fico at the Government Office on Sunday February 6. Before and after the elections, Procházka declared that he does not want create a government with Smer. 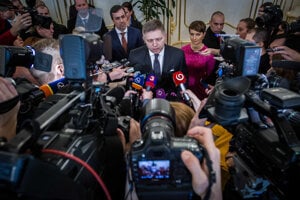 In a reaction to the media, Procházka said that he was not at the Government Office at all. Later he conceded that on Sunday he had a chat with Interior Minister and Smer vice-chairman Robert Kaliňák.

When asked by journalists on Monday whether he met Fico a day before, Procházka responded affirmatively. Almost immediately he added that it was not apart from TV debates, however. Nonetheless, the only TV debate attended by Fico on Sunday was on TA3, but Procházka was not present there.

Procházka at the presidium session on Monday allegedly attempted to persuade its members to launch talks on entering into a Government with Smer, according to Nový Čas.

Beblavý on Wednesday further stated that he feels a commitment towards more than 36,000 people who gave him their preferential ballots in Saturday’s general elections and more than 146,000 people who cast their votes for Sieť, so he will remain an MP for the party.

However, if Sieť enters into a coalition with Smer – despite its public promises concerning Slovakia’s needs and the people’s will – he will also consider leaving Sieť altogether.

“Those who were seeking quick success are disappointed, but the core of Sieť are and will be people who will create from it (Sieť) a long and good story,” Procházka  told the press in his response.

Beblavý was elected to the 2012-16 Parliament as a member Slovak Democratic and Christian Union (SDKÚ), but left the party in late 2013, serving afterwards as an independent MP. Later he joined Sieť.

Over recent months Beblavý has pointed out several scandals such as the successful business story of Pavol Kostka and his ties with top officials. He also shed light on Health Ministry State Secretary Mário Mikloši signing contracts for his firm with state-run health insurer Všeobecná Zdravotná Poisťovňa (VšZP) even as he was already a top official at the ministry.