Tips for events around Slovakia between March 4 and 13, including live, jazz and classical music, language festival, ballet premiere, exhibitions and more. 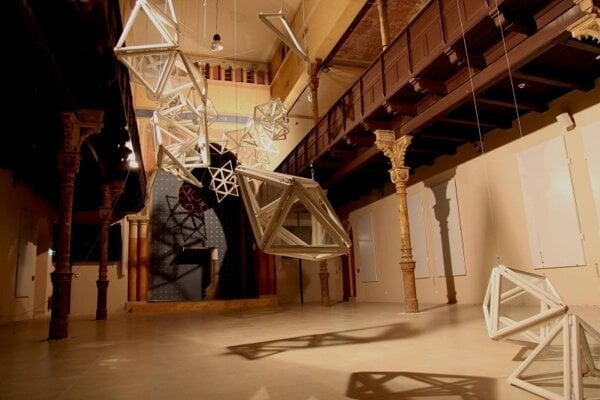 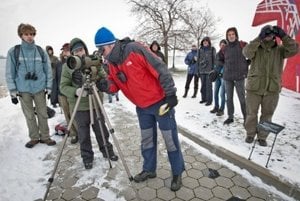 EXHIBITION: Slavonic Life under the Zobor in Early Middle Ages – The unique interactive exhibition brings pictures from Slavonic tribes living near the Zobor mountain. Visitors can see the culture, country and habits of the native people from the Great Moravian Empire and after its collapse (from 6th until 10th century), through many aspects of life. It is divided into various thematic parts: clothes, jewellery, economy, handicraft, living, household equipment, food and military. The dominant part of the display is the replica of a Slavonic colony. Open: Mon 9:00-15:00, Tue-Fri 9:00-17:00, weekends 10:00-17:00 until March 31, Ponitrianske Museum, Štefánikova Trieda 1; Admission: €0.5-€1. More info: www.muzeumnitra.sk.

MUSEUM/EXHIBITION: Exposition of torture instruments – Slovak national museum (SNM)- Museum of Bojnice prolonged the duration of the exhibition due to major public interest. More than 200 pieces of the restored exhibits present the torture instruments used by the Inquisition and capital-crime courts all around the world. Open: Tue-Sun 10:00-15:00 until Mar 31; SNM – Museum Bojnice, Castle and surroundings. Admission:  €3-€8. More info: www.bojnicecastle.sk.

EXHIBITION: Do You Know Music Tools? – The Western Slovakian Museum / Západoslovenské múzeum brings an educational exhibition, striving to present different kinds of musical tools: string, brass instruments, drums and key instruments. The string instruments are represented by violin, viola and cello. These instruments were popular in the first decades of the 20th century.  Zither was popular in the southern part of the Hungarian Empire among Slovaks in the 17th century. Open: Tue-Fri 8:30–12:30 (bookings are necessary, 033/5512913), 13:00-14:30; weekends 11:00 – 17:00 (booked group visits) until December 31, The House of Music of M. Schneider Trnavský, Múzejné Square 3; Admission: €1.5-€3. Tel: 033/5512913; www.zsmuzeum.sk.

CONCERT: Chris Ellys – The indie-pop and solo English folk performer comes to Slovakia as part of his Feel The Words Tour 2016. He started with a mini-festival, followed by his first tour. Since February 19, Ellys has played in Slovakia and the Czech Republic. His second tour brings primarily his own songs, because cooperation with guitarist Nick Power has ended. Since they split, he plays solo. Songs talk about his feelings, opinions and moods. Starts: March 11, Fri 19:30; Džezva Café, Tehelná 4; Admission: €2.5. More info: www.kamdomesta.sk.

LIVE MUSIC: Ivana Mer – The Slovak singer brings an atmosphere of poetic countries, essential songs are inspired by sea, elements and indoor world of soul. Mer started her career in Prague during her study of anthropology, and later, she performed in France, Germany and Spain. She was nominated for Discovery of the Year at the Radio_Head Awards in 2015.  In this concert, she will play with Cristian Estrella (visuals, electronics) and Marek Žilinec (drums). Starts: March 12, 19:00, Záhrada – Centrum nezávislej kultúry (Garden  - centre of independent culture), SNP Square16 (Beniczkého pasáž). Admission: €3-€5. More info: www.zahradacnk.sk.

EXHIBITION: Osobné územia / Personal Regions – The photography set “Personal Regions” is a map of its kind. Authored by Eduard Kudláč, director of the City Theatre in Žilina, it maps the territories of human hobbies and interests, focusing more on the sense stemming from context than from experience. Starts: Mon-Fri 12:00-17:00 until Mar 11; ± Plusmínus Gallery, galéria ± 0,0, Hurbanova 11. Admission: free. Tel: 0905/365-149; plusminusnula@gmail.com;www.plusminusnula.sk.

CONCERT: Banana – The DJing duo Malata and a band of six, Medial Banana, are presenting their music, a combination of Balkan beats & reggae mash-up. Malata has performed in Vienna, Berlin, Antverpen, Valletta, Tokio and Tijuana. Medial Banana is known as the most popular reggae formation, their second album being Rockin’ it. Starts: March 12, 20:00, Tabačka KulturFabrik, Gorkého 2. Admission: €7. More info: www.tabacka.sk.

FRENCH MUSIC: Francophone Culture Days – This event was organised as part of the Francophone Days in collaboration with the French Alliance Košice. Janais, a Slovak composer and performer sings in Slovak, English and French language. Thanks to her song Raram ta rej in Eurovision Song Contest 2009, she is popular in Slovakia. In the same year, she made her debut album Svetaboj. Her second album Eufória was released in 2013. Starts: March 17, 20:00, Tabačka KulturFabrik,. Gorkého 2. Admission: €3-€5. More info: www.tabacka.sk.

PARTY: BROKENBASE XL4 – The biggest drum and bass party in Eastern Slovakia takes place in its fourth edition. On 2 stages, people will see 17 DJs and one VJ. The main stage belongs to drum and bass music; the minor presents techno and psytrance music. The party will be led by headliner Maztek from the Netherlands. Starts: March 18, 22:00, Timeout Lounge Bar. Timonova 4; More info: www.kamdomesta.