Blog: How to train your Dragon(s)

The Dragons, a team of expats in a 6th tier league, is a valuable social outlet for a diverse group of guys brought to Slovakia from all around the world, trying to assimilate into an unfamiliar society. 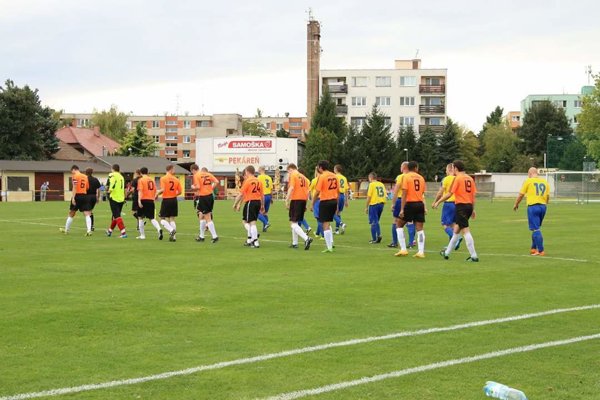 If you happen to be out for a walk on a weekend morning around Bratislava or one of the many surrounding villages, it’s quite possible that you might come across one of the dozens of amateur football matches which take place on a weekly basis. Should you be lucky enough to be at the right place at the right time, you may notice something rather peculiar about one of the matches – instead of hearing the usual shouts of “maš čas” or “daj gol”, you may hear players shouting something like “man on”, “tranquilo”, “sparare”, “atravessar” or “gagner”. Odds are that if you hear such a diverse combination of languages emanating from one team, you’re watching FK The Dragons.

Foreigners in the league

Founded in 2011 by a group of expats based in Bratislava, FK The Dragons entered into the 6th tier of Slovak football, or to give it its full title, the Oblastný Futbalový Zväz Bratislava – Mesto VI Liga Seniori S6A in 2012. United by a common love of football, 26 players from 16 countries meet for training every Tuesday and Thursday night and pull on the distinctive orange jerseys every weekend to represent The Dragons.

At present, we have players from the following countries: Slovakia, Ukraine, Germany, England, Scotland, Ireland, Spain, Chile, Mexico, Portugal, France, Bosnia, Italy, Greece, Croatia and Turkey and apart from providing the obvious things like fitness and entertainment, The Dragons is also a valuable social outlet for this diverse group of guys, brought to Slovakia from all corners of the world for a multitude of reasons and trying to assimilate into an unfamiliar society.

The purpose of this monthly blog is firstly to keep people up to date with our progress on the football pitch, but also to give readers an insight into the lives of foreigners living in Slovakia, our experiences, opinions, etc.

Having moved from Ireland to Slovakia almost 5 years ago, I always feel that Slovaks are genuinely interested to find out what brought us here in the first place and what we think about their country and their society.

I hope this blog will give you a little bit of insight into those things from many different perspectives. Perhaps you may also like to come along and watch one of our matches – we are a really friendly bunch of guys and always welcome people who are interested in what we do and who wish to support us.

Dragons rise after a poor start

The Slovak football season is quite peculiar in the way it is organised; in our league there are 13 teams and each team plays each other twice. The first series of 12 games runs from mid August until early November then we have to endure a four month break in the season before the second series begins in mid March and concludes in late June.

In terms of how we are progressing, we made a poor start due to me stepping in as coach at a fairly late stage and taking some time to build a competitive squad. We only managed to win one of our first five games of the season, drawing one and losing three.

Our watershed moment came in the sixth game of the season when our team really began to ‘click’ and we beat OFK Dunajská Lužná 6:0. From there, we only lost one of our next six games, drawing two and winning four which left us sitting in 7th position in the league table going into the second half of the season.

Our guys took a nice long break over Christmas and we got back together for pre-season training in early February. Over the past number of weeks, we’ve been working on our fitness and sharpness; we pride ourselves on bring the fittest, fastest and strongest team in the league and I’m sure our opponents can vouch for that.

AFK DHL Bratislava are our opponents on 19th March and we hope to get off to a winning start to the second part of the season. If you’d like to come and watch us, the game is being played at the stadium of FK Vajnory and the kick off time is 15:00. You can find out more about us and keep up to date with all of our news by ‘liking’ us on Facebook (“FK The Dragons”).

That concludes my first blog post; I hope you found it in some way interesting. Feel free to comment below and I will reply to all of your questions.

Donal Greene is the Manager at FK The Dragons