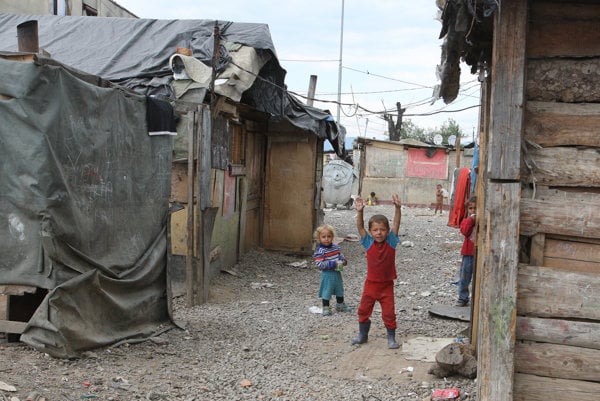 HOW many people suffer from energy poverty in Slovakia? Who is energy poor and how should this be addressed by the state? The EU’s call to create action plans to address such questions must be heeded by each country; and Slovakia’s Economy Ministry has ambitions to address these issues in the coming year.

“We are developing a scheme to evaluate energy poverty and to set social benefits for people who cannot pay for energy,” Economy Minister Vazil Hudák said in late January, adding that the working group will negotiate it before and after the general election held on March 5, as quoted by the TASR newswire.

Energy poverty is generally defined as a situation in which individuals or households are not able to adequately heat or provide other essential energy services in their homes at affordable costs. The World Bank considers this to be a temperature of 21 degrees Celsius in the living room and 18 degrees Celsius in other rooms.

The phenomenon occurs when the costs of energy exceed 10 percent of disposable income and the risk of non-payment and subsequent disconnection from the source increases, says Miroslav Obšivaný, the chairman of the Slovak Association of Heat Producers.

The regulatory legislation determines selected households and also small companies to be vulnerable customers. But, according to the energy act, energy poverty is primarily applied to disabled customers whose vital functions are dependent on the commodities used for heating, says Lenka Ferenčáková, the editor-in-chief of the Energia.sk website dedicated to the energy sector.

“In that it is really hard to create the third definition of energy poverty,” Ferenčáková told The Slovak Spectator.

The Institute of Economic and Social Studies (INESS) think tank considers energy poverty as a good example of how public administration can artificially create a problem and consequently offer solutions.

“Poverty must be addressed as a consequence of the situation when people are unable to develop their ability capital and apply it to the labour market,” Martin Vlachynský, an analyst at the INESS, told The Slovak Spectator.

Vlachynský added that dividing of poverty to energy, nutrition, clothing or beverage categories only diverts attention from the primary causes. The government should rather focus on the removal of its own actions overcharging for electricity, he said.

The problem in statistics

Statistics offices collect data of citizens who cannot maintain sufficient housing heat. While that problem affects one in every 10 Europeans, in Slovakia it is only six people out of 100, according to Zuzana Kusá, a sociologist with the Slovak Academy of Sciences.

But when only people with income below the poverty threshold are taken into consideration, one in five are not able to keep their house sufficiently heated.

“The worst situation is in poor households where more than three adults along with dependent children live,” Kusá told The Slovak Spectator, adding that in this group as much as one-third suffers from energy poverty.

In Europe, the worst situations in terms of energy poverty are in Bulgaria, Portugal, Lithuania and Cyprus where a problem with heating affects more than half of poor people, according to Kusá.

The Slovak data, however, appears better because the poorest households in which energy poverty is an almost universal phenomenon live separated and segregated, and are not sufficiently included into the EU Statistics on Income and Living Conditions (EU-SILC), Kusá said.

The three proxy indicators of EU-SILC show 6 percent of the population that are in arrears on utility bills and heating that is not sustained, and 7 percent are living in dwellings with a leaking roof, damp walls, floors or foundation.

Poverty databases do not track disconnections of households from electricity supplies.

Kusá said that the disconnection experience is regarded as too marginal and excluded from monitoring, though in Slovakia the most deprived areas usually include a significant number of people with that problem.

According to 2012 statistics from the United Nations Development Programme, 8 percent of Roma households living in segregated areas had no access to electricity and an additional 22 percent of households were cut off from electricity supplies for several months in the preceding year, Kusá said.

The working group meetings came with a variety of solutions, but the most discussed is a social benefit for low-income households based on the experience from Italy or Spain. Obšívaný considers energy poverty as primarily a social problem.

“It is necessary to create a flexible system for monitoring socially-disadvantaged people and addressing them with social benefits,” Obšívaný said.

Previously proposed special tariffs that in practice subsidise prices for some households or a solidarity fund fuelled by energy companies have been proposed, Obšívaný said. However, energy companies deny their role in financing solutions for such a cross-sectional problem.

“Energy companies should only provide the appropriate technical measures and assistance,” Branislav Sušila, head of regulatory and corporate development at the electricity distributor Východoslovenská Distribučná, told The Slovak Spectator.

Ferenčáková notices that ÚRSO again proposed solutions like tariffs or a credit system.

“This shows that different structures of state administration are still divided and uncoordinated,” Ferenčáková said.

The government already adopted the non-systematic gas rebates ranking from €10 to €165 that are sent to consumers via post. But Kusá stressed that such lump-sum rebates rarely make it to the poorest households.

In the current system, Kusá demonstrates deficient housing programmes for people with low or no income.

“The housing benefit is provided only to people in material need,” Kusá said.

Experts suggest creation of definitive rules to help. The first task of the working group should be to legislatively define who is energy poor, Obšívaný said.

“Only then is it possible to proceed with the quantification of energy poverty and to draft the legislative settings,” Obšívaný said.

“Users unnecessarily waste a lot of energy at lower prices, which negates the effect of such measure,” Sušila said. “Additionally, it introduces cross-subsidies which negatively impact other customers.”

Michaela Dobošová, spokeswoman for the electricity distributor Západoslovenská Energetika, said that poverty should be addressed through a state social programme, not through price regulation.

Ferenčáková cited the financing of insulation, guaranteed energy services and simplification of decentralised production of heat and electricity.

“The credit meters currently used in the suburb of Košice Lunik IX can be an alternative,” Ferenčáková said.

Kusá proposes a public debate on the transposition of the EC directive concerning common rules for the electricity market.

“The directive proclaims energy as a universal and publicly accessible service,” Kusá said.