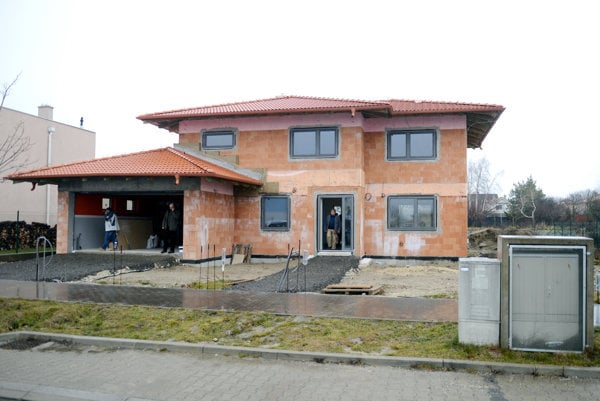 SLOVAK households are generally lukewarm toward renewable energy, but a project that allows them to access EU subsidies which was launched in December is trying to change this. Interest was so high that it led to suspicions that robots rather than people were filling out online applications.

“The project Zelená domácnostiam – Green to Households – gives the end consumer access to EU money, supports alternative sources and increases the awareness of the people about these green energy solutions,” said Veronika Galeková, the director of the Slovak Association of Photovoltaic Industry (SAPI).

The project run by the Slovak Innovation Energy Agency (SIEA) is financed from the EU Operational Programme Quality of Environment, supervised by the Environment Ministry. The European Union has allocated a total of €115 million for the project, out of which €45 million was made available during the first phase launched in December 2015. Money will be gradually allocated via individual rounds.

EU funds expert Ján Rudolf said that the project is unique as it is the first time that EU funds flow directly to households.

“The fact that all the conditions are specified and published in advance should provide transparency,” Rudolf said.

On the other hand, some of the providers of alternative sources think that under the current circumstances, the project Zelená domácnostiam is just a tool for lobby groups in order to increase their share of the energy market.

Currently, 11 percent of Slovakia’s energy consumption is from alternative sources. Zelená domácnostiam is expected to increase the share to 18 percent by 2018.

“The project encourages the installation of small alternative energy sources in households,” said Galeková. According to her, it helps the alternative sources, particularly photovoltaics, to advance on the ladder of customer preferences.

The households can choose from small energy devices up to 10 kWh including photovoltaics, wind turbines, sun collectors, biomass and heat pumps that cover the needs of a family house. After successful application, the household gets a voucher applicable at an energy provider for 30 days.

Out of the 4,651 vouchers issued in the first and second round for which a total of more than €10 million was allocated, 1,777 were allocated to solar panels, 1,696 to photovoltaic panels, 847 for heat pumps and 331 to biomass.

Matúš Burian from the Slovak Association of Renewable Energy (SKREA) sees the project Zelená domácnostiam as belonging to the government measures aimed at increasing the share of alternatives on the energy market of Slovakia by lowering the costs of installation.

“From an economic point of view, each kilowatt of energy generated at home can lower our dependency on the supply of crude oil and natural gas,” said Burian

However, Burian pointed out that under current conditions the price for energy generated this way is not competitive with traditional fuels. Burian cited too much state intervention into the management of the alternatives as the reason.

“Media information created the myth that the renewable sources are dependent on state support,” explained Burian, adding that fossil fuels are also supported by the state.

Stimulus helps the new technologies overcome initial obstacles. Nevertheless, the government subsidy should be stopped when the alternative source becomes self-sufficient and begins to make a profit, according to Burian.

“Any technology of energy generation can be viable only if it offers a solution that does not depend on the political, economic or environmental obstacles, now and in the future,” Burian said.

Despite the popularity with the public, some experts are skeptical of the project.

“In my opinion, the project is another point of the pre-election social package, which I do not consider right,” Ladislav Židek, the general director of Biomasa, an association that promotes the potential of biomass in Slovakia, told The Slovak Spectator. “People utilise alternative energy sources just because it is profitable thanks to state subsidies, not for environmental reasons. It is a completely wrong approach toward alternatives.”

Židek opines that Slovakia is constantly failing to meet goals in utilisation of renewable energy sources (RES) on time and this is an example of a poorly-timed project. The long-planned project caused people to put off their investments and it caused problems to the big players within RES.

According to Rudolf, the project is vulnerable to the traditional effect that accompanies state subsidies.

“Certain lobby groups might attempt to obtain a monopolist position in the funding,” Rudolf said, adding that these subjects can profit from spreading misleading information. Households are sensitive to this kind of manipulation, he opines.

“The fact that most of the projects uses photovoltaics proves that the big players found a way to make people dependent on the global industries,” said Židek. He explained that small biomass providers do not have resources to help people with big projects, or are sidelined by the government.

Robots did not fill the applications

Židek points to the second round of Zelená domácnostiam which was hastily announced and the resources were used within hours.

“Most probably, the applications were manipulated or the big players prepared projects in advance and submitted them on a short notice,” he opines, reacting to the accusations that a large number of applications could have been filled by software robots.

SIEA confirmed that their check did not reveal any software manipulation. Before launching the application process, they hedged against potential manipulation. SKREA recommends additional measures, such as recording of the IP address and user details of the applicants.

“The people interested in the vouchers did not understand why the number of applications was so high and turned to the media for an explanation,” said Jambor.

They, however, did not know that SIEA did not start the numbering in the second round from zero but carried on in the order from the first round, which led to misinformation.

“The suspicion that the applications in the second round were submitted by robots was due to this misunderstanding,” Burian said.

Galeková stressed that the criteria of the project stem from European regulations and therefore some applications must be prioritised.

“Additional criteria of the Operational Programme Quality of Natural Environment have to be taken into consideration,” Burian said.

Therefore the projects that have the lowest impact on the environment are prioritised.

“During the whole year, we stressed that the households should choose devices that are useful and apply only when they gathered enough information about the advantages and disadvantages,” Jambor explained. However, many households applied without proper preparation, which blocked the access to the resources for others, he said.

For the upcoming rounds SIEA added a detailed manual to the application and the people have to specify the alternative source and contractor.

“It would also help if the households applied for the vouchers only when they are really interested and ready for the installation,” Jambor said.