The fourth block of Mochovce is being built, while the third one should be launched into operation by the end of 2016. 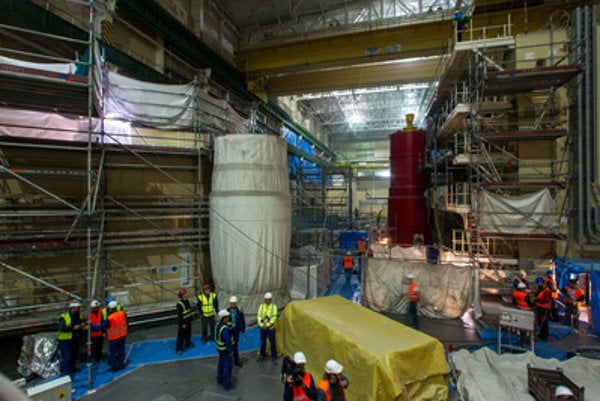 “Last year, the owner of license [SE] united the coordination and management of the conventional and nuclear part of the Mochovce project, while also boosting the project team; this has shown in acceleration of assembly activities,” ÚJD spokeswoman Zuzana Hosťovecká told the SITA newswire.

SE, which is completing the nuclear block at EMO, has already informed the supervisory body that it is preparing the due documentation necessary for launching the nuclear facility into operation and for the operation itself.

“The system of physical protection is being completed, and the checking of special professional expertise of selected employees for the 3rd and 4th block has been launched,” said Hosťovecká, adding that in the reactor hall continues works on assembling the reactor.

The fourth block is being built, while the third one should be launched into operation by the end of 2016. SE would like to supply the grid with the first commercially produced electric power from the third block beginning in 2017.

In case no serious unexpected phenomena occur during inactive tests and launching, the generator should be phased in during the course of 2017, ÚJD informed.

SE started the building of the last two blocks – which cost about €4.63 billion – by official launch on November 3, 2008. After completion, new nuclear blocks in Mochovce will have installed capacity 471 Megawatt each, which will cover about 13 percent of total power consumption in Slovakia.