THE TOWN of Martin in Žilina region has asked the Finance Ministry to introduce forced administration, the mayor of Martin Andrej Hrnčiar stated at a town hall meeting on March 10. 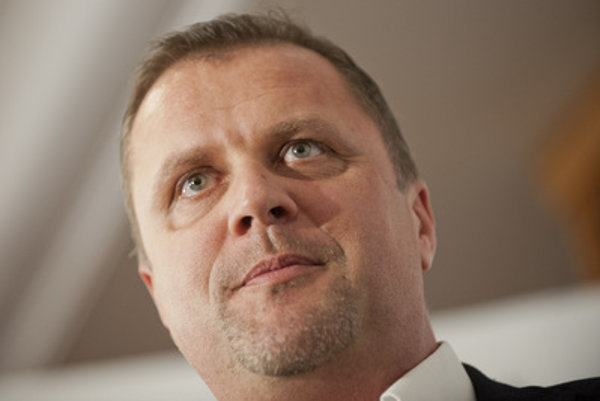 Under former mayor Stanislav Bernát, in 1995 the town of Martin made a non-cash investment in Martinské Hole Ski Resort in the form of the Martin-based Turiec Hotel and the so-called Magistrát cottage. In 2002, authorised representatives of Martinské Hole Ski Resort sued the municipality for violating certain legal commitments, seeking 103 million Slovak crowns (€3.42 million) in compensation.

The town is now obliged to pay over €8.6 million to a company called PK Faktoring, owned by lawyer Peter Kubík, over the court case with Martinské Hole Ski Resort, which the town council lost.

“We’re asking for forced administration in line with the law, as it’s the final verdict and the town of Martin is unable to settle its obligations at the moment, despite being one of the healthiest and best performing towns in Slovakia,” said Hrnčiar, as quoted by the TASR newswire.

When notice was delivered of the Supreme Court’s rejection of a special appeal filed on behalf of the town by Prosecutor-General Jaromír Čižnár, council representatives met with Finance Ministry officials.

A government audit will start on March 11, according to Hrnčiar.

“This procedure must be observed. We’re striving to do our utmost to minimise the impact on the town’s inhabitants and to protect its strategic assets,” said Hrnčiar, as quoted by TASR.

These include the assets of water distribution company Turčianska vodárenská spoločnosť and other firms in which the municipality holds equity stakes, he added.

“I view this as a great injustice and a reflection of the state of the Slovak judicial system,” Hrnčiar said, adding that the town of Martin won the court case, but the former management of the Prosecutor-General's Office reversed the decision in favour of a Cypriot letterbox company via an extraordinary intervention, to the extent that the case was reopened and the council lost.

“The current prosecutor-general agreed with our opinion that this was an illegal procedure. He filed a special appeal, but the Supreme Court turned it down a couple of months later,” Hrnčiar said, as quoted by TASR.

Martin will keep fighting, according to Hrnčiar, adding that “this injustice was caused by a state institution, namely the Prosecutor-General’s Office”. The town appealed to the Constitutional Court.

“We’ll also turn to the European Court of Human Rights in Strasbourg, which has already issued a couple of rulings stating that extraordinary interventions in business cases are illegal and that these concern the Slovak Republic in particular,” said Hrnčiar, as quoted by TASR, adding that the council is ready to take the state of Slovakia to court if all other legal possibilities are exhausted.

However, the owner of the aforementioned PK Faktoring, Peter Kubík, expects the town of Martin to evaluate the current legal status quo “in a rational manner” and to start repaying its debt voluntarily. In his opinion, any further protraction of the case would only be expensive and harmful to the town.