Only six people jailed for animal cruelty since 2010

PEOPLE who show cruelty towards animals go only rarely to prison in Slovakia, although the country has tools change this. In the last six years, only six tormentors got prison sentence for the crime of animal cruelty. 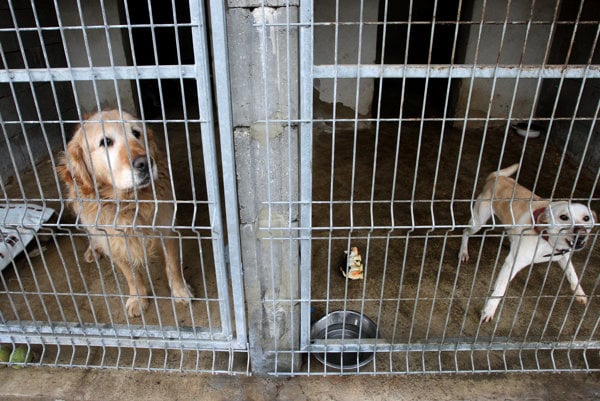 Totally, they got 59 months’ of prison sentence, while the longest sentence was 22 months. Thus, an average of a single person a year is sentenced unconditionally, while serving nine months in average.

However, this situation is in stark contrast to reality with which Slovak animal shelters are confronted daily, the United Animals of Slovakia, an alliance of animal protections associations in Slovakia, informed. One of the recent cases involves a bitch named Viky who died recently of malnutrition and leaving her poor health state untreated. She has been dying for weeks, if not months, having an open, festering wound on her underbelly, connected with cancer. Her owner, a man form Považská Bystrica, took her from a shelter, suggesting he would treat her better than she had previously experienced. Currently, he will probably face criminal investigation as the association which found the bitch in mid-February is filing a complaint.

“We require exemplary sentences for animal tormentors,” Zuzana Stanová, lawyer of the Animal Ombudsman initiative, said. “Slovakia has all tools to solve these cases in compliance with effective legislation. Although we do not have a separate law on animal protection, and animal is still perceived as a thing, according to laws, we believe that several smaller amendments would suffice to change the situation in Slovakia.”

Before elections, many political parties have opened the issue of lives of animals in Slovakia, according to this initiative which is apolitical and independent, but their goal need not be a real change but rather chasing of votes. “We appreciate the fact politicians, finally, notice this issue; but this is not enough anymore,” she summed up. “We offer specific solutions to all interested in them – after the election.”

Shelters do not have capacity to file criminal lawsuits – or do not do this because of fears. Animal Ombudsman (Zvierací ombudsman) which is active since last year in Slovakia offers help specifically in this. Its goal is, among other things, to appeal to keep at least the existing legislation, and help the execution of right proceeding. Situations when authorities or people responsible know about animal cruelty but keep silent are frequent.

Animal cruelty is a specific crime from two points of view – the victim cannot testify (it is possible to convict the perpetrator even without a testimony) and for five years already, also negligence cruelty has been a crime (paragraph 378a – Neglecting Care of Animals). This means that malnutrition and not caring about health state of animals can be considered a crime, too.