When the prime minister tells you that the economy is doing great, but your own life is not getting better, anger ensues. 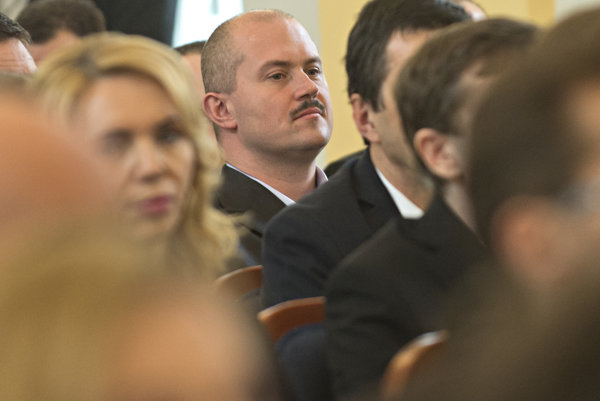 It is one week after the chaotic general election and what comes next looks no clearer. But there is plenty more to say about what led to the results – which make Slovak voters look similar to voters in Western Europe and the United States, not different.

Many have highlighted the strong performance of Marian Kotleba’s extreme right wing ĽSNS and place the blame on Prime Minister Robert Fico’s anti-migrant rhetoric for radicalising voters. However, as exit polls showed Kotleba voters were not mobilised by migration issues (just 9 percent of them said that’s why they supported him), but rather social issues and corruption. Regrettable as Fico’s anti-immigrant hysteria is, it was his failure in tackling the latter two issues that contributed to Kotleba’s rise.

Smer bet that it could simply dole out a taste of the strong economy at the last minute rather than reinvest that money in real reform. People didn’t buy it. Quite simply, voters were not that impressed with a gas rebate check for a few euros or positive macroeconomic forecasts issued by the Finance Ministry. In fact, strong growth in the economy overall may have played as a negative for Fico. Even as the numbers looks positive, it is clear many do not feel the way that growth is shared in a way that is anywhere close to fair. When the prime minister tells you that the economy is doing great, but your own life is not getting better, anger ensues. That anger showed in votes that were divided all over the political spectrum, not just with Kotleba.

With eight parties in parliament, Kotleba is not the only story but he helps explain other results too. Though Kotleba is a racist, his success is not the result of racism. Compare ĽSNS’s strong showing with the disappointing performance by Siet’, once thought to be Smer’s biggest challenger.

Siet’ launched amid a fundraising scandal. Then, many of their members left parliament to focus on being full time politicians – not public servants, there is a difference. The party ran a cautious campaign during that failed to pinpoint the specific issues they thought important – they were just going to do everything a little bit better. After the election, even as they swore they would not form a government with Smer, the party leader was meeting with Smer leaders.

To recap, they started and ended with dishonesty and blended it with a sense of entitlement and lack of vision. Juxtaposed with Kotleba’s willingness to campaign in places that hardly ever see politicians and his reliance on the time test methods of shaking hands and kissing babies, they are a perfect example of the aloof, professionalised politics that disgusts people everywhere.

Kotleba is a symptom, not the disease, and until today’s political leaders close the gap between themselves and the people they govern, he and others like him will linger – and not just in Slovakia or Central Europe.