People who claim that they voted for the party of Marian Kotleba for other reasons should not overlook what regime it palliates. 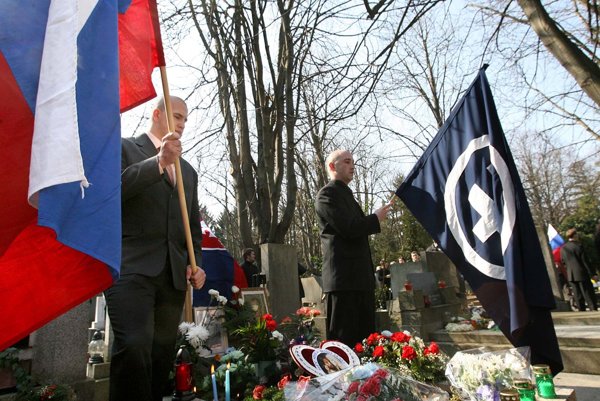 The anniversary of the emergence of the clero-fascist Slovak state lures a group of neo-Nazis out to the grave of Jozef Tiso every year. The grave of that state’s president, who is responsible for the death of tens of thousands of Slovak Jews. Today, those neo-Nazis adoring and apologising the regime that was paying for the deportation of its own citizens, have a representation in parliament.

People who claim that they voted for the party of Marian Kotleba for other reasons should not overlook what regime it palliates. Parties that do not have respect for human rights in their genetic code might anytime support solutions that will once turn against their own voters too. Not even the Catholic Church succeeded in exorcising the spirit of silent respect to the wartime Slovak state.

The post-election combinatorics also includes the argument that the spread of extremism needs to be prevented. But no combination of parties can prevent that, if expelling the extremist rhetoric out of public discourse is not part of it, a rhetoric that Smer willingly adopted too. As well, there needs to be an explanation of what danger the potential repeating of history would bring about.

For all, without exceptions.