Who are the winners in Slovak music? 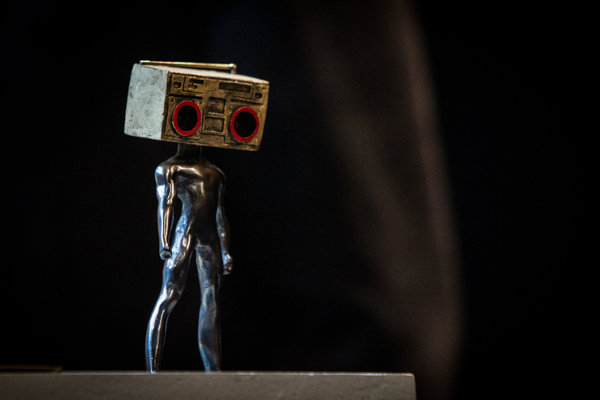 “It has shown that if musicians want to attract the Slovak audience they should sing Slovak or at least combine English texts with Slovak ones,” said Maroš Hečko of the public Rádio_FM that bestowed the Radio_Head awards as cited by the Sme daily. Only one time in the eight-year history of the awards the prize for the best Slovak album went to a recording with English lyrics.

The Radio_Head Awards appeared as natural opposition to the Slávik and Aurel popularity awards – for pop genres – eight years ago. In 2008, the Rádio_FM has given a chance for “different music than known from the commercial, mainstream media”. The awards were presented at a gala show in Stará Tržnica (Old Market Hall) on March 13.

This year the distribution of awards was very colourful when only one band won two awards - the band Saténové ruky. With its album Bozkávam won categories the Debut of the Year and the Album of the Year/the Award of Critics. Hečko ascribes the popularity of Saténové ruky also because their style of humour is fresh, there is no cliché in their texts and they speak to especially listeners of the middle-age generation.

“When a band has been on the scene for already 20 years then its return after a longer silence raises great interest,” said Hečko. “In the past the band managed to speak to a wide audience and in categories decided by listeners it always matter more how many people know musicians from media.

Bulp, a nickname of Damo Štefanec became the Discovery of the Year; inspired by projects Mount Kimbie or Moderat.

The Single of the Year went to the Billy Barman band for its song Mladým chýba vojna (The youth misses war). Allegedly they were preparing it for five months, while it consists of two parts with different melodies, mood and pace.

The award of the Advance Investments Foundation was given to the band Max Bazowski and special award of the Slovak Protective Association of Authors (SOZA) for extraordinary contribution to Slovak music went to composer Ladislav Kupčovič. The award for contribution went to recently deceased Juraj Kušnierik.