The case regarding writing-off the debts of construction company Váhostav from the portfolio of oligarch Juraj Široký is moving forward. 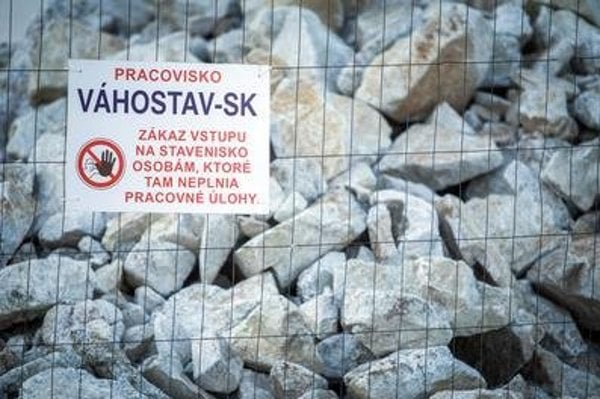 An investigator of the National Critimal Agency (NAKA) filed charges against three persons from the management of the construction company Váhostav-SK on March 14. They are suspected of committing a crime of giving preference to a creditor. By their doing they might have caused damages of almost €7 million, the SITA newswire reported.

The police do not want to elaborate on any details for now.

Váhostav-SK has not yet received any stance from NAKA as the company’s spokesperson Tomáš Halán informed.

“Thus for now it is impossible to say whether at the question are members of the former or current management,” said Halán as cited by SITA, adding that the company will continue to cooperate with the police in the investigation.

Ján Kato, a former CEO of Váhostav-SK might be among the accused, according to the Sme daily, which estimates that it is probably members of the former management against whom NAKA filed charges.

Apart from the crime of preferring a creditor the police have started a criminal prosecution in a total of five criminal offences. Based on this, the police raided Váhostav-SK in the spring of 2015 and interrogated several individuals. Among them was the family of Široký i. e. not only Juraj Široký senior, who is the vice chairman of the board of directors of Váhostav-SK but also his son Juraj. He is currently the chairman of the board of directors at Váhostav-SK, Sme wrote on its website.

Last December Denisa Baloghová, spokesperson of the Police Presidium informed that the investigator had interrogated more than 20 witnesses and carried out several other proceedings to find out the facts of the case. At that time she said that the police also asked several countries for legal assistance, including asking colleagues from Costa Rica, New Zealand, or Cyprus which are countries where shell companies and white horses in the background of Váhostav-SK sit, Sme wrote.

Váhostav-SK company escaped bankruptcy after the Robert Fico government pushed through the parliament legislation enabling a bigger bailout of small creditors. In May the court officially passed the restructuring plan of the ill-fated Váhostav-SK company owing millions of euros to its creditors and on the brink of bankruptcy. Under this plan banks should get back 85 percent of their claims in the next five years while small, unsecured creditors will obtain 18.75 percent. This means that during the restructuring process Váhostav-SK will settle 32.3 percent of recognised claims of €136 million. The Robert Fico government has also offered to buy claims of small creditors and pay them 50 percent of their nominal value.