DURING his visit to Slovakia, Frederick Hodges, US Army Chief Commander in Europe, said that spending 1.6 percent of GDP on defence within NATO structures is not enough, but it is a signal that the country is moving in the right direction. 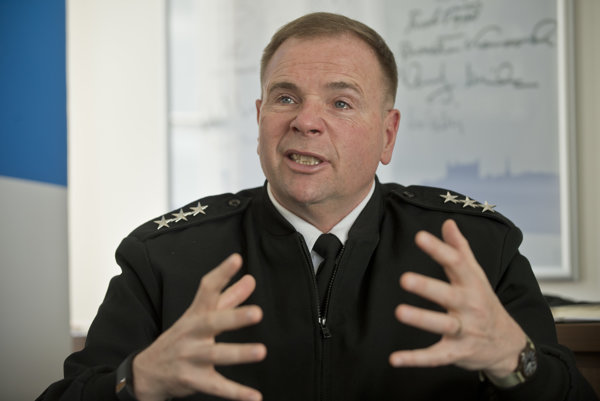 Slovakia and many other NATO member states at the summit in Wales in 2014 committed to spend at least 2 percent of GDP on defence by 2020. “If we’re talking about 1.6 percent, it’s not enough,” Hodges said on March 14. “But if there’s a general commitment to spend at least two percent of GDP on the defence within ten years, then it’s a right step forward. Now it’s about responsible fulfilment of this goal.”

Hodges said that many NATO members do not observe the obligation to spend as much as two percent. He emphasised that the need for this money is not only a question of the amount but also how it’s used. “NATO isn’t a hiding place for other countries, but a system of collective protection that every member state has to chip in to,” stressed Hodges. “In order for this system to function properly and effectively, NATO soldiers have to use the most modern equipment and technologies and to acquire the best training and education,” said General Hodges, who came to Bratislava on the invitation of the Slovak Atlantic Commission (SAC). He met with newly elected legislators to discuss the current security situation in the region of central and eastern Europe.