The preferences of several now-parliamentary parties have dropped following the March 5 parliamentary election, while support for extremists keeps increasing. 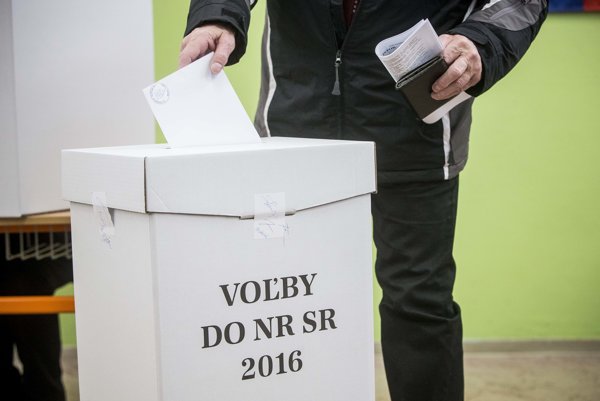 IF THE parliamentary elections had taken place in early March, only five parties would have made it to the parliament.

The election winner would become Smer garnering 30 percent of the vote, resulting in 54 seats in parliament, according to the poll carried out by Polis agency for the SITA newswire between March 10 and 14 on 1,096 respondents.

Second would become Freedom and Solidarity (SaS) supported by 15.9 percent of the vote and resulting in 21 29  seats. The third highest result would have the Slovak National Party (SNS) with 11.9 percent (21 seats), followed by the Ordinary People and Independent Personalities plus NOVA movement (OĽaNO-NOVA) with 11 percent (20 seats), far-right Kotleba – People’s Party Our Slovakia (ĽSNS) with 9.5 percent (17 seats), and Most-Híd with 5.2 percent (nine seats).

The Party of Hungarian Community would fail to make it to the parliament, harvesting only 4.7-percent support. Also current parliamentary Sme Rodina (We Are Family) party of Boris Kollár would fail to make it through with only 4.4 percent. The Christian Democratic Movement (KDH) would receive 3.9 percent and Sieť only 2.3 percent, as reported by SITA.

As much as 61 percent of respondents said they would vote, while 14 would not attend the elections and 25 percent were undecided.

On the other hand, the respondents would welcome an agreement which would prevent an early vote. Up to 81.9 percent said they support a compromise agreement, while 12.3 percent supported early elections and 5.8 percent could not answer the question.