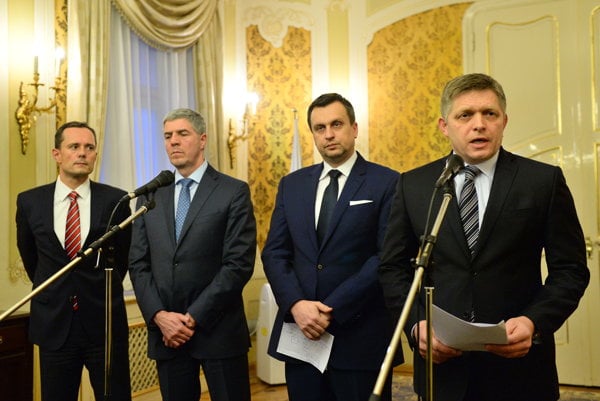 REPRESENTATIVES of Smer, the Slovak National Party (SNS), Most-Híd and Sieť have specified and inked the programme priorities of the new government, which may be the basis for its programme statement.

“The result is an intersection of the programmes and priorities of these political parties,” Smer’s leader Robert Fico said, as quoted by the TASR newswire.

The priorities are divided into 11 fields. Regarding foreign and European politics, they want to continue in the pro-European and pro-Atlantic orientation of Slovakia. The parties also agreed on updating the security and defence strategy and strengthening the care about foreign Slovaks.

Another priority concerns the adoption of an effective law against shell companies, transparent governance, efforts to adopt constitutional law on proving the origin of property; but also the professionalisation of state administration as well as delineating limits for political nominations. 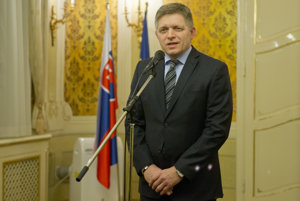 The fledgling cabinet also intends to lay the groundwork for introducing material accountability of individuals entrusted with the governance of public resources, extend the system of mandatory publishing of contracts and incorporate the Rule of Law initiative into the government’s manifesto. Moreover, they want to bolster the protection of public interest in contractual relations, TASR reported.

As for education, the parties want to increase the public resources. The whole system also has to undergo fundamental changes. They want to invite the representatives of education workers to participate in the process of drafting the programme statement, with long-term development plans for education to be included in the document as well. The quartet also intends to seek new sources of financing for sports and culture, including those in the private sector.

The parties also agreed on streamlining the system of dual education, increasing support for the preserving and maintaining of objects of national cultural heritage and, last but not least, bolstering civic education against extremism and totalitarian regimes, according to TASR.

In health care, the parties propose that the opposition should have representatives in supervisory bodies of the state-run health insurer Všeobecná Zdravotná Poisťovňa (VšZP) and the Health Care Surveillance Authority. The new government also plans to limit the profit of private health insurers, improve the quality of health treatment, as well as to make the use of public sources more transparent, the Sme daily wrote.

The programme priorities, however, are not a guarantee of stable government, says Grigorij Mesežnikov, president of the Institute for Public Affairs. According to him, much is proved by the fact that the agreement was made by parties with incompatible programmes, as reported by the SITA newswire.

He added it will be important whether the parties will actually base the programme statement on declared priorities.

“Everything is still on paper, the practical implementation will be, in my opinion, difficult and complicated,” Mesežnikov told SITA.

Political analyst Miroslav Kusý assumes that there will be problems even during the first voting in parliament or when the first specific goals will be negotiated, as reported by SITA.

“Even the specific steps will show how serious Smer is,” Kusý added.