Agreement on building a feeder road between the new industrial park and the express dual-carriageway signed only one day before elections.

The site near Nitra where the new strategic park will stand. (Source: SME)
Font size:A-|A+1

CONSTRUCTION company Skanska will build a new road connecting the industrial park near Nitra, where the new plant of the British carmaker Jaguar Land Rover (JLR) will stand, and the nearby express dual-carriageway.

This stems from the agreement inked between the firm and company MH Invest which is responsible for the construction of the industrial park, which was signed only one day before the parliamentary elections, the Sme daily reported.

The data of the elections had no impact on signing the deal with Skanska, Economy Ministry’s spokesperson Miriam Žiaková told Sme. 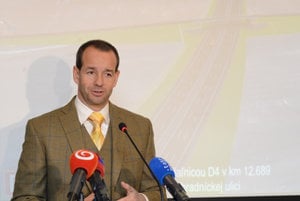 Skanska will build the new road for €5.3 million excluding VAT. Originally, it was expected that the construction will cost about €10.5 million.

The competition lasted several months after MH invest launched it last September. According to the deal, the construction will start already this month, and will last 12 months. The company should finish it by March, 2017, Sme reported.

Seven construction firms attended the competition, including Váhostav, which belongs to the portfolio of tycoon Juraj Široký, but also Doprastav, Metrostav, Strabag and Hochtief. The range of the bids differed from €5.5 million to €9.1 million.

MH Invest announced the competition only shortly after the government signed a memorandum with JLR. Many experts thus considered it a non-financial aid for the carmaker, Sme wrote.