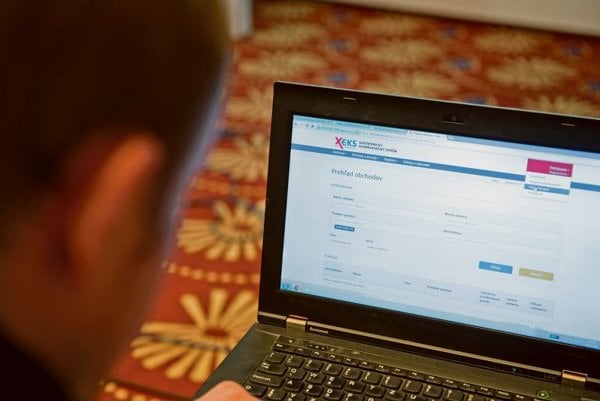 THE ELECTRONIC marketplace seems one of the biggest achievements of the Interior Ministry’s push to fight corruption. During the first year of its operation, the system helped save €54 million on sub-limit orders, the ministry claims. Though experts praise the system, they say it is not as ideal as the ministry describes.

“It is certainly one of the biggest anti-corruption measures in past years,” Interior Minister Robert Kaliňák told the press in early March when presenting the results of the first year of the e-marketplace operation.

The system was designed for offices, municipalities and state firms to purchase common goods and services, with the commercial operation starting in the beginning of 2015. The price range of sales is between €1,000 and €134,000 for state, though the others have a higher cap at €207,000. In the case of construction projects, like changing windows or installing floors, prices are capped at €5.2 million.

Among the biggest benefits of the system is improved transparency, anonymity, the clear use of public sources, and also reduced time necessary for making a purchase, according to Kaliňák.

Though Gabriel Šípoš, head of the ethics watchdog Transparency International Slovensko (TIS), praises the impact of e-marketplace on sub-limit orders, he stresses it is only a minor success compared to the total number of public competitions.

“Only 5 percent of the total volume of the competitions last year was done via e-marketplace,” Šípoš told The Slovak Spectator. “If we want to improve the quality of state orders, we have to focus on big trades, like public-private partnership projects, highways or the IT sector, and not rely only on the e-marketplace which is only a supplementary form.

Peter Kunder of the ethics watchdog Fair-Play Alliance (AFP) says that though the e-marketplace resulted in savings and easier purchases, but it is necessary to realise that the introduction of the system and its operation is not for free.

“Moreover, the methodology of calculating the savings is detached from reality,” Kunder told The Slovak Spectator.

To illustrate the problem, Kunder picked an example of buying a paper for the office for which you allocate €1,000. Paper in the shop costs €900, but a company buys it for €880 via e-marketplace. The ministry claims that the company saved €120, but Kunder notes it is only €20. 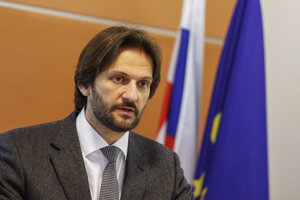 The e-marketplace system is used to make 110 purchases per day on average, while the ministry once recorded 318 purchases made during a single day, according to Kaliňák.

Meanwhile, the average number of procurers taking part competitions is increasing. Since the beginning of 2016, each auction was attended by 5.13 procurers on average. An average duration of one public competition is five days, which is flexible for the needs of public procurers, Kaliňák said.

A total of 32,385 purchases were made via the e-marketplace in 2015, on goods totalling more than €270 million. The most traded goods were office supplies, meal vouchers, cleaning gear, and construction or medical materials. More than 12,000 suppliers and 6,600 procurers have already registered with the system.

Though the Interior Ministry praises the increasing number of procurers, Šípoš assumes that the e-marketplace would post even better results if there were more of them.

“Up to three-quarters of municipalities have not even used it, though they make the most purchases of this type,” he added.

The Interior Ministry data also suggest that 99 percent of users are satisfied with the system, while 96 percent are satisfied with the contracts. Moreover, the system enables the procurers to rank the suppliers attending electronic auctions. If they receive three negative references from three procurers, they appear on a blacklist. Though they are not immediately excluded from auctions, the procurers can say that they do not want to sign an agreement with them and can announce a new competition, explained Tatiana Behrová, advisor to the Interior Ministry for public procurement.

“Paradoxically, this filter was welcomed by suppliers, who were disgusted from dishonest speculators, rather than procurers,” she told The Slovak Spectator.

The ministry does not publish the lowest actual bid in the auction. The bidders can only see the latest submitted bid and their placement compared with other bidders, Behrová added.

Kunder, however, says that it is very hard to sanction unfair trades. Moreover, the whole system is based on the conditions which can be changed at anytime by the Interior Ministry, and it is difficult to carry out public control.

“Also the supervision of trade by state seems to be non-functioning as there were trades which should not have appeared on the e-marketplace,” Kunder added.

Moreover, Slovakia still misses a dynamic purchasing system which would curb the space for cartel agreements between bidders, Kunder said.

The Interior Ministry has meanwhile launched an e-marketplace also for above-limit orders, with the plan to curb the space for corruption in these types of competitions. The system is more complicated than the one for sub-limit orders as it needs to reflect European directives.

One of the differences is that the system cannot be anonymous as the information about the order has to be published in a European bulletin. It is also necessary to enable review engagements or multilateral communication between procurers and suppliers, Behrová explained.

Since the system is so complicated, it is not possible to merely increase the cap on the limits at the existing e-marketplace, according to Kunder.

“Adding new functionalities to the current system would be so extensive that it would mean building a completely new system,” he said.

Šípoš adds that it is necessary to realise that it will not be possible to procure all above-limit orders via e-marketplace. This concerns only common goods and services, like electricity or office supplies. The more expensive orders should be procured via ordinary systems, he added.