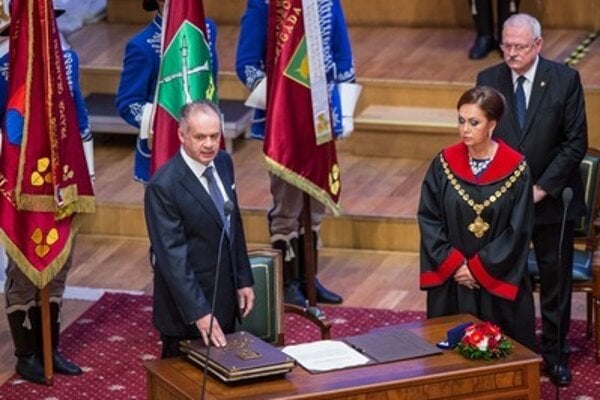 The amendment, proposed by the ruling Smer party, was attacked by a group of 32 opposition MPs, who complained that it entitled the ministry to extend the binding force of these collective contracts without having to consult the employers to whom it directly pertains. They argued that the law infringed upon the right to private property as well as the right to do business. The law also did not guarantee that the balance between public and private interests would have been preserved, the TASR newswire wrote.

Former Slovak president Ivan Gašparovič (2004-14) also had reservations concerning this amendment back in 2013; however the parliament overruled his veto.

According to the Constitutional Court, the Slovak Constitution, as well as the Treaty on Protection of Fundamental Human Rights and Freedoms were violated by the provisions of this law in paragraph 7, articles 1, 2 and 11.

“Lifting the collective agreement of a higher level, which contains the pledges of contractual sides, into a generally binding legal act – through a ruling of a central body of state administration published in the Slovak Collection of Laws – for subjects others that bound by this agreement exceeds the frame of constitutionally acceptable creating of norms,” chairwoman of the CC, Ivetta Macejková, stated in her argumentation.

The combination of choosing the legal form of generally binding lower-than-law legal enactment to extend a two-or multi-lateral agreement also to other contractual subjects – and stipulating the facultative character of this extension, moreover – in two articles of Paragraph 7 of the law on collective bargaining is incompatible with the principle of rule of law, according to the Constitutional Court.

The Labour Ministry, which drafted the law, opined that it is necessary to respect this ruling of the CC. Spokesman Michal Stuška informed TASR that they would have to study the whole argumentation and then react duly.  The ministry argued in the past that it mainly wanted to improve the labour-law conditions for employees, through extending the binding character of collective agreements of higher level. It also argued that the extension of collective agreements is an element of labour relations also in several western-European countries, citing Belgium, France, Germany, The Netherlands, Portugal and Spain as examples.