The SALESIANS of Don Bosco have reacted to the speech of priest Vojtech Zeman who talked about the wartime Slovak State in a way that could be close to the crime of denying the Holocaust. 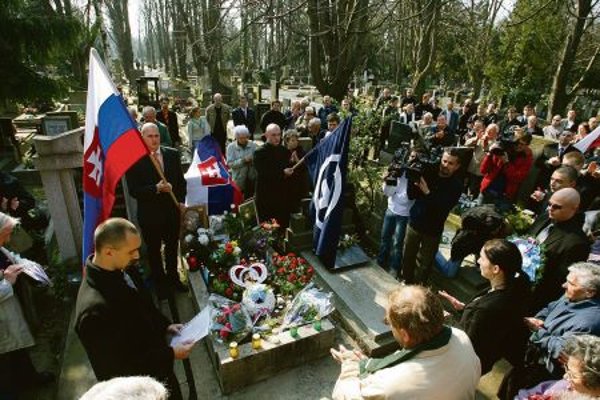 On March 14, the anniversary of the establishment of the first Slovak State – a satellite of Nazi Germany during World War II – a public prayer was organised at the grave of the state’s executed president Jozef Tiso. This event was attended by several MPs and councillors of the ĽSNS party of Marian Kotleba (Banská Bystrica regional governor).

Zeman publicly questioned the deportation of 70,000 Slovak Jews to death camps. "This is a historical lie,” he said, talking to journalists and several participants. “This was written in books during communism, as historians were ordered to do so.”

On March 15, the Slovak Province of the Salesians took a stance, hesitantly distancing themselves from Zeman’s address. "The participation of our brother Vojtech Zeman, aged 86, at yesterday’s commemorative meeting was his personal initiative,” spokesman and secretary of the province, Rastislav Hamráček, wrote, as quoted by the Denník N daily.

Asked to clarify the official stance of the Salesians to the deportation of Jews, Hamráček cited the stance issued on March 14 by top Catholic Church officials in Slovakia, in which Archbishop Stanislav Zvolenský and head of the Central Union of Jewish Communities in Slovakia Igor Rintel jointly condemned the crimes of the wartime Slovak State. Their statement also refers to the MPs of Kotleba’s ĽSNS party (two of whom shook hands with Zeman at the meeting): "We hope for a change of mind of those who may even sit in the parliamentary chairs and talk with one breath about God and nations, but do not hesitate to attack people only because of their skin colour or different religious belief,“ Denník N quotes the statement as saying.