New parliament will convene for founding session on March 23 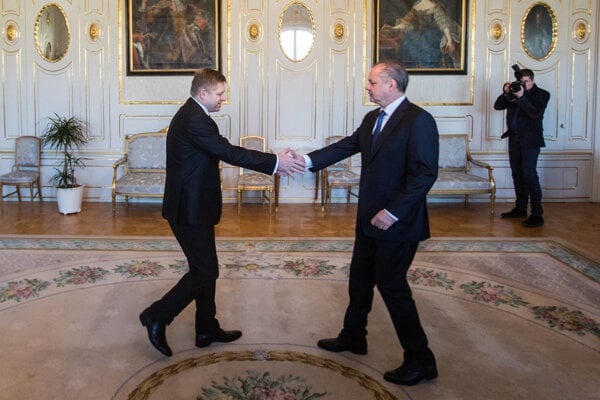 DEPUTIES who have been elected to parliament will convene for a founding session next Wednesday, which marks the official end of Smer’s outgoing government.

President Andrej Kiska announced that he was convening the first session of parliament on March 23, his office informed on its website, following the president’s meeting with Robert Fico earlier this morning.

At the meeting, Fico presented the programme priorities and the division of chairs in the new government as agreed by the four parties of the aspiring ruling coalition: Smer, Slovak National Party (SNS), Most-Híd, and Sieť. Fico brought the proposal to Kiska exactly one week after Kiska designated him to try and put together a new government, based on the March 5 election results. 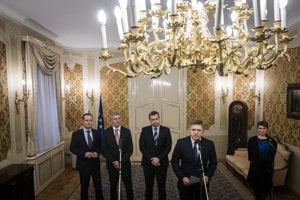 The first session of the new parliament will also mark the end of the outgoing government of Robert Fico and his Smer party that ruled the country without a coalition partner for the full term of four years, since 2012.

The cabinet will officially submit their resignation to the president after the parliamentary session, following which the president will appoint the new government. The emerging ruling coalition will then have to win the trust of the MPs in a vote within 30 days.

The new government currently has the support of 81 MPs in the parliament. To be able to take office, it needs to be approved by more than half of the total 150 MPs.

At the founding session, MPs will elect the parliament’s speaker, his or her deputies, and heads of parliamentary committees from their midst.

Based on the coalition agreement, the parliament’s speaker post should go to SNS, while each of the remaining coalition partners gets a deputy post. The fourth deputy post should be filled by the opposition, in line with the tradition.

The media reports suggest SNS head Andrej Danko will be the speaker of the parliament, despite his lack of experience in politics. The speaker of the parliament is one of the top three constitutional posts in the country. The deputy speakers’ posts are expected to go to Radoslav Procházka (Sieť) and Béla Bugár (Most-Híd). Bugár has already served as deputy parliament speaker before. Outgoing Culture Minister Marek Maďarič is likely to be Smer’s nominee for the deputy speaker post, the SITA newswire reported. 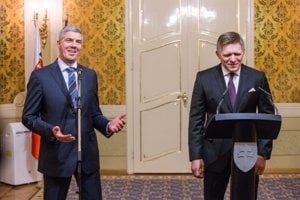