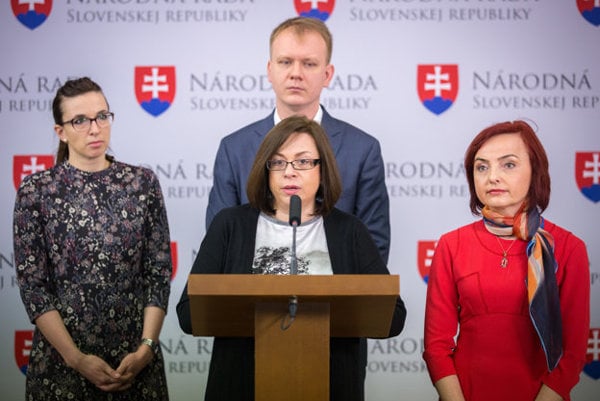 THE NEW Smer-led government coalition hoped to control 85 votes in the parliament, but actual support looks to be 81 MPs Sieť and Most-Híd members revolt against the coalition with Smer and the Slovak National Party (SNS).

Three members of Sieť and deputy chairman of Most-Híd Zsolt Simon said they will not support the new government and will instead retain their parliamentary seats as independent MPs, raising additional questions about the stability of the four party government.

The parliamentary caucus of Sieť did not emerge yet, and it is now almost clear that it is unlikely to do, because there won’t be the required eight MPs to form a caucus.

The party’s number two, Miroslav Beblavý, said he was quitting as the party’s deputy chairman immediately after information transpired that Radoslav Procházka and Andrej Hrnčiar met with Smer politicians at the Government’s Office on Sunday, March 6 (as shown from pictures printed by the tabloid Nový Čas daily).

“Procházka at the age of 43 years discarded his good name so much that he won’t clear it anymore,” Beblavý said in his reaction to Procházka’s post-election conduct.

When Procházka definitively said he was entering talks with Fico, Beblavý together with two other MPs elected for Sieť, Katarína Macháčková and Simona Petrík, said they would not join the party caucus in the parliament.

Another Sieť candidate, Zuzana Zimenová, who is the first replacement if any of the party’s MPs gave up their seat (for example, by taking a post in the executive), announced that she wouldn’t support the government either.

On March 17 all four of them said they were quitting the party.

Most loses one MP

Zsolt Simon, the co-founder of Most-Híd, said he would not join the party caucus either.

“Entering the government with Smer and SNS is in my view not in line with the interests of the members of Most-Híd and its voters,” Simon wrote on his Facebook profile on March 15 and added that this will be “the end of Most-Híd”, and that caretaker government and early elections would have been a better option for Slovakia. 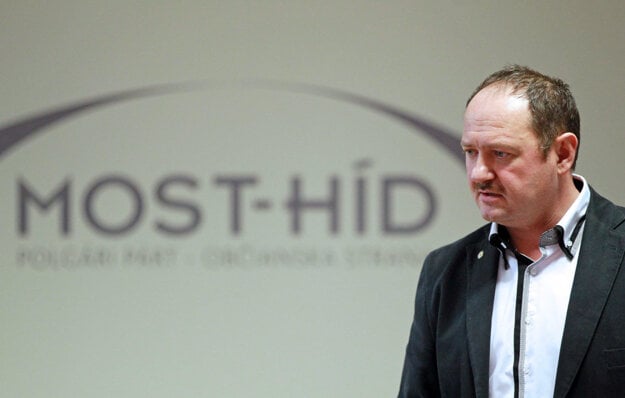 Zsolt Simon, co-founder of Most-Híd, will not be joining its caucus. (Source: Sme)

In reaction to Procházka taking part in coalition talks, people around Beblavý set up the #nievmojommene (#notinmyname) initiative on March 14, which was signed by more than 16,000 voters of Sieť, among them 250 members of the party, in 24 hours, calling for Sieť not to become part of the government with Smer.

Beblavý said he believed the coalition talks with Smer were a violation of clear pre-election promises that the party expressed to its voters.

Sieť, a party that was built on Radoslav Procházka’s strong showing in the 2014 presidential vote, has finally ended with just over 5 percent in the parliamentary election, about half of what the pre-election polls suggested.

The results of the first post-election poll by Polis agency suggest that voters tend to agree with Beblavý rather than with Procházka, as Sieť’s result one week after the election was halved compared to its actual election result. Siet would be left out in the cold with a mere 2.3 percent.

Cooperation with Smer might not mean an end to Sieť, sociologist Martin Slosiarik said in an interview with Sme. If the party manages to fulfil some of its priorities, it might regain the trust of part of its disappointed voters, he said.