THE WHITE Night festival is heading to the city of Plzeň in the Czech Republic. After six successful years in the eastern-Slovak city of Košice and a first edition in Bratislava (in 2015) it now goes to the neighbouring Czech Republic. 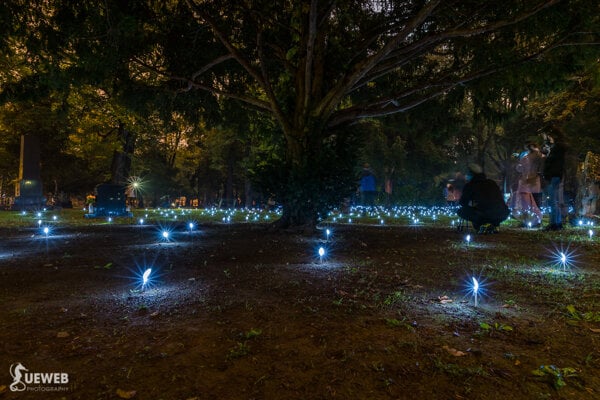 Part of the Slovak “festival of light and art” in public space will participate in the Plzeň festival Blik Blik which takes place on March 18 and 19, Slovak organisers informed  the SITA newswire in mid-March.

Blik Blik will offer to its visitors a route three kilometres long, full of light and art among the pre-fab houses of the Lochotín housing estate.

Eleven art projects will be presented, including three Slovak ones: light installation Andromeda by Peter Vrábeľ – a kind of carpet strewn with 5,000 lights from plastic spoons; interactive digital fireworks by Zana Petrovičová and Ondrej Makši; and 50 light runners created by Róbert Farkaš, called Za Mier! / For Peace! All three works were made for the White Night festival, which supports the creation of new works by Slovak artists.