Smer kept the departments that Most-Híd and Sieť needed to carry out their priorities. 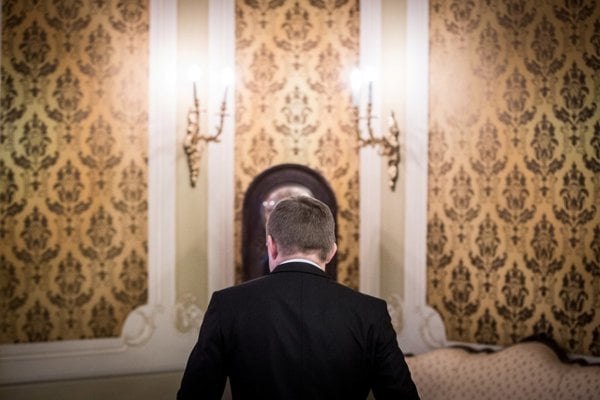 THE DIVISION of departments among the four parties thirsty for power clearly illustrates the way Robert Fico wants the next four years to be. There will be no significant change compared to the rule thus far.

Smer has kept even those departments that Most-Híd and Sieť needed to push through their priorities. Those priorities that they use as an excuse for entering a government with Fico. What will the anti-corruption campaign, proclaimed with full seriousness, look like if the interior department stays in the hands of Robert Kaliňák?

Fico has unlocked the education department to a party that was in the past nurtured by anti-Hungarian passions. What will the handwriting of the nationalist SNS be when drafting the changes that Béla Bugár has achieved in negotiations in the area of education for national minorities?

Smer has also kept the health care department, one that during the government of Fico leaked corruption. Octopuses, Auntie Annies, and masseurs do not need to change their business model and probably will continue running it at the expense of the patient.