THE FOUNDING member of the Most-Híd party, deputy chairman Zsolt Simon, leaves as the Republican Council approves government with Smer with all but three votes. 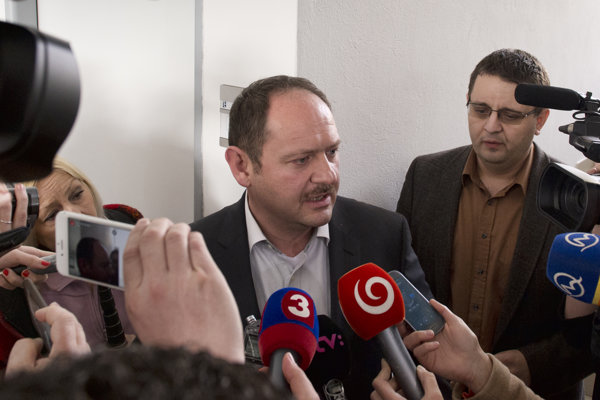 Simon terminated his party membership as of March 19 because the Republican Council at its session on the same day greenlighted a proposal to join a future cabinet with Smer, the Slovak National Party (SNS) and Sieť (Network).

“I had announced earlier that if the party opted to join this coalition, I wouldn’t work in the Most-Híd caucus," Simon said, as quoted by the TASR newswire. “I’m relinquishing my party membership and resigning from all elected party posts.”

Simon objects to what he sees as Most-Híd coming to the rescue of Smer and helping it to retain power. He pointed out that most ministries will go to Smer and SNS, with Most-Híd and Sieť poised to find themselves with a distinct minority and the short end of the stick in the new government. “The character of such a government won’t change,” Simon stated, adding that he could not imagine himself allied with Smer and SNS.

Simon will remain in parliament as an independent member. He said he does not entertain any plans to found a new party or rejoin the Hungarian Community Party (SMK). He expressed sadness over leaving Most-Híd, a party that he helped to set up. “I’m not angry at anyone, it’s just a difference of opinions,” he said.

Member of the Most-Híd council from Šaľa, František Ondrušek, is also against the party entering the coalition with Smer and SNS. He claims he had voted according to his conscience. "I do not want to have a guilty conscience because of my participation in the decline of our party,” Ondrušek said, according to the SITA newswire. He added that he will probably leave the party.

A total of 44 out of the 50 Most-Híd council members were present at the session in Bratislava on March 19, with 40 of them voting in favour of joining the proposed government, three (including Simon) voting against and one member abstaining.