ALL parliamentary parties agree Freedom and Solidarity (SaS) should hold the post as the strongest opposition party. 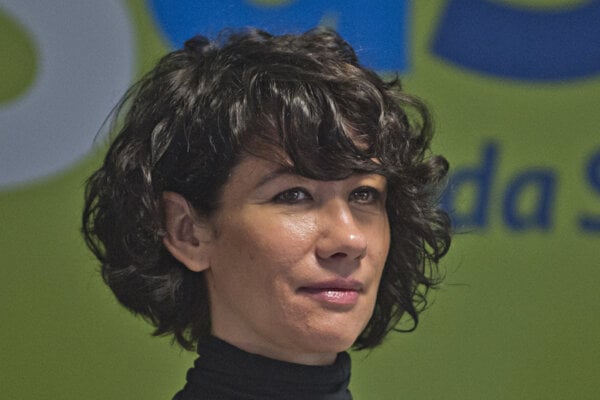 The post of parliamentary speaker shall go to the Slovak National Party SNS; according to agreements of the Smer-SNS-Most-Híd-Sieť coalition, it should be SNS leader Andrej Danko. Meanwhile, there should be four parliamentary vice-chairs - one each for Smer, Most-Híd, Sieť and the strongest opposition party.

SNS will probably support Nicholsonová’s nomination for the position, its chairman Andrej Danko said in a televised debate V politike (In Politics) on TA3 channel. “We will probably respect the nomination of the strongest opposition party,” he said.

Other politicians who have supported Nicholsonová on the show were Boris Kollár of the Sme rodina (We Are Family) party and Daniel Lipšic of Ordinary People-Independent Personalities-NOVA (OĽaNO-NOVA).

On the other hand, Milan Uhrík of People’s Party-Our Slovakia said on TA3 that they would not support Nicholsonová, arguing that she is part of the old establishment. However, he does not question the fact that this position belongs to Sas as the strongest opposition party, the Sme daily wrote.

During this weekend, Smer decided to nominate the outgoing Defence Minister Martin Gvláč for the deputy speaker of parliament, the SITA newswire wrote on March 21. Other vice-speakers are expected to be Most-Híd chairman Béla Bugár and Sieť chairman Radoslav Procházka.

The inaugural session of the new parliament is scheduled for March 23.

Procházka’s Sieť (Network) party lost three of its ten MPs after it joined the coalition with Smer, and as eight MPs are the minimum required to create a caucus, it lacks at least one more member. Bugár offered Sieť MPs to operate within Most-Híd caucus, Sme wrote on March 20. "Until this issue is settled, we can function in one caucus without any problems,“ he said, as quoted by the daily.

However, Procházka says he does not want to use his offer but rather gain back at least one of the renegade MPs – Miroslav Beblavý, Katarína Macháčková and/or Simona Petrík. “This will require talks also with people who have so far said No,” Sieť chairman told Sme. “Leave it up to me as a chairman who will be able to lead a caucus in such a situation. I dare to take on this challenge.”