Dutch paintings at the SNG

Dutch painting has had tremendous impact on art history, and a selection of artworks that made it to Slovakia is now exhibited in the national gallery. 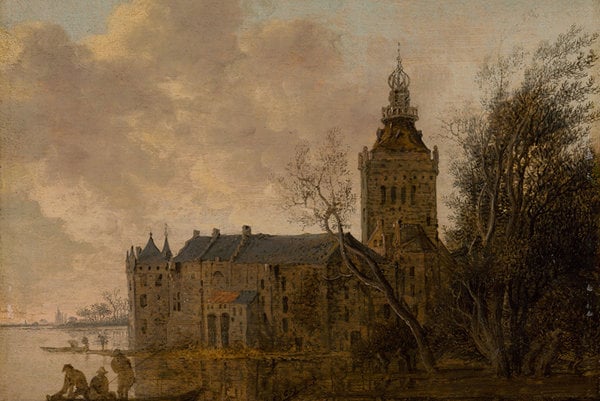 Its influence has spread far and wide, touching also on regions and spheres surprisingly distant, geographically and culturally. The latest exhibition at the Slovak National Gallery in Bratislava (SNG) proves that Dutch painting has also impacted this country. Rather than offering a selection brought in from another gallery or another country, it exhibits the works of Dutch masters and workshops from local collections – both private and state-owned.

“This period saw the intellectualisation of art production,” curator Zuzana Ludiková told the media, “and the ever bigger losses and damaging of old art which evoked interest, collecting and nostalgia for the lost artworks of old masters.”

The SNG collection of Dutch art is relatively young in the context of collecting it, as the gallery itself was founded in 1948 and the artworks of old masters were transferred to its ownership in 1953, curator Ludiková said. This initiative – followed alongside the prioritised collecting of national art – led to a separate collection of European art which has preserved its character to the present day, and is used and exhibited in this way still. Dutch art was not among the most common types collected in what is now Slovakia; and so the contents of the SNG collection reflect mostly the collectors’ preferences of the 19th, and the limited 20th century Czechoslovak market.

Despite these limitations, it has the potential to testify and represent not just collecting strategies and dealers’ preferences, but also to offer focal themes of these periods, Ludiková said. The approximate 100 works in the Netherlandish Painting exhibition are divided into eight categories. They were selected to show the trends, leitmotifs, peculiarities and gradual development of this specific genre. 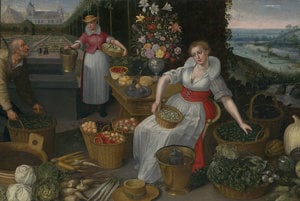 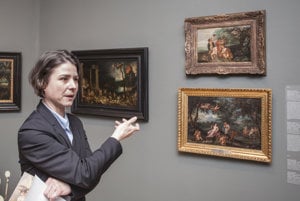 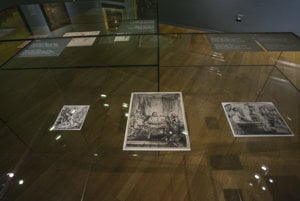 Netherlandish painting in the SNG (5 photos)

Dutch painting developed gradually, from religious motifs and also religious, or institutional financiers to cities or individuals (increasingly Italian ones) as clients. As motifs moved towards the secular, still lives and landscapes, as well as urban, mostly market scenes, so did the artworks’ function. The foundation materials also changed, from wood to canvas and even copper plates, as did the prevailing colours.

The early works were done by painting workshops, where the names of artists were either not very important, or one work was done by several painters – first the landscape specialist and only later by figure painters. It is a mystery whether these were planned from the beginning and approved by the first painter, or done without their consent. Sometimes, apprentices were asked to copy a masterpiece of a renowned artist, often the founder or leader of the art school, and the best copies were sold under the master’s name.

Later, the mastery of the most-renowned artists became ever more important, and this exhibition also captures this phenomenon. Those in the “Painting in the Northern Netherlands 1648-1700” section include Rembrandt van Rijn (mostly etchings) and his academy (or studio), as well as his contemporaries like Pieter Jansz Quast, Pieter Codde, Gerrit Lundens, and others.

In the later periods, genre paintings and portraits gradually prevailed. The centre of art also shifted, from Antwerp in the early period, through Haarlem to Utrecht (which had, thanks to its Catholic character, lively trade with Italy). Apart from paintings which gave name to the whole display, etchings and crockery ordered in the Netherlands for the coronation feast of Hungarian Empress Maria Theresa’s father, Charles III, made in Delft are included. This chinaware was not made for the emperor personally, but rather for guests at other, less important tables who were then allowed to take the plates home as souvenirs, Ludiková explained.

This exhibition is on the second floor of the SNG’s Esterházy Palace, in Ľ. Štúra Square in Bratislava. It runs daily, except for Mondays, until May 22. Admission is free, except for accompanying events which are numerous for this exhibition; but are all in Slovak language. There is also a catalogue of 140 pages accompanying this selection, the summary of which is in English. Apart from this, there are leaflets, both in Slovak and in English, available at the ticket office for free.