The private carrier has doubled the price of tickets on the Bratislava-Košice route for prime-time trains. 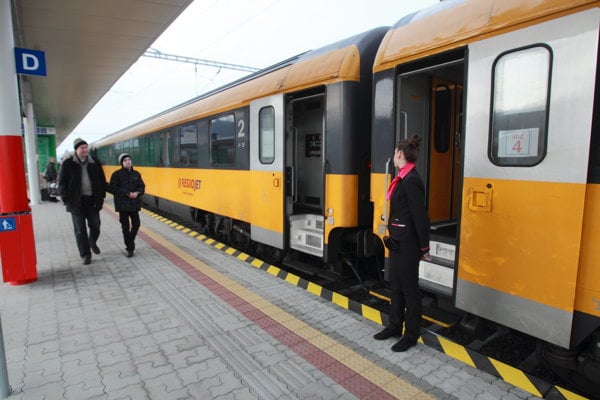 Private carrier RegioJet has increased fares on the Bratislava-Košice route for prime-time trains, i.e. on Fridays and Sundays, as well as some other popular trains as of March 21.

“We analysed numbers of passengers and fares in our trains after additional carriages were added to the trains as of January 17 and we decided to keep fares starting at €9 on most trains,” said Radim Jančura, owner of RegioJet as cited in the company’s press release. “Thus we will change prices only on trains running during prime times.”

When RegioJet launched its operation on the Bratislava-Košice route, the fare was €9, the Pravda daily recalled.

Fares in the most popular trains, i.e. lunch and evening trains on Fridays and Sundays in the Standard class increased to €18.7 while fares in some other popular trains running during the week increased too, starting at €13.3.

“In spite of this we will be always cheaper than [state] ZSSK,” said Jančura.

Concerns that RegioJet would increase its fares occurred after ZSSK cancelled its loss-making IC trains. 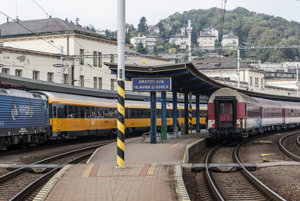 Fares on trains of RegioJet will be graded based on how heavily the train is used while there are three price categories. The tickets are the cheapest in trains running beyond rush hours and thus offering plenty of free seats.

RegioJet wants to increase the number of carriages in prime-time trains to 13 as of June, thanks to which it would increase the daily capacity of trains by as much as 1,000 seats. For now it cannot use such long trains as the only platform at the Bratislava Main Station able to dispatch such long trains is at that time occupied by a ZSSK train leaving the station 20 minutes after the RegioJet train.