Lajčák’s primary diplomatic focus has been in the Balkans. 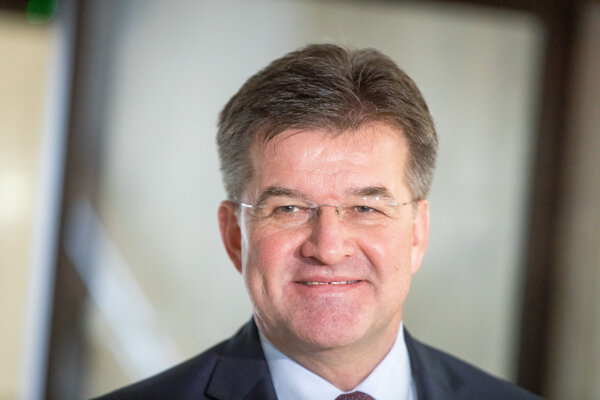 One year later, in 1994, he became the Slovak ambassador to Japan. At the age of 31, he was Slovakia’s youngest ambassador at the time.

After he returned from Japan, he worked at the ministry again. He also served as the assistant to the UN Secretary General Special Envoy for the Balkans (1999-2001). After that, he was named the Slovak Ambassador to Yugoslavia, Albania and Macedonia with a seat in Belgrade, serving from 2001 to 2005.

Lajčák’s primary diplomatic focus has been in the Balkans. He held the post of the High Representative and the EU Special Representative for Bosnia and Herzegovina (2007 – 2009).

In 2019, Smer tried to persuade Lajčák for several months to run in the presidential election as the party’s candidate. However, Lajčák refused and Smer chose Maroš Šefčovič instead.

During the last term of his ministerial position, Slovakia held a presidency in the Organization for Security and Co-operation in Europe (OSCE). The crisis in Ukraine and its development was one of the main topics of OSCE; Lajčák personally visited Ukraine several times.