​Tomáš Drucker has served as the general director and the president of board of the Slovenská Pošta state-run postal service company. Smer selected him for the placement at the Health Ministry after PM Robert Fico claimed all four coalition partners have agreed they wanted a person skilled in crisis management to take the ministerial chair at the currently most problematic ministry in the government. 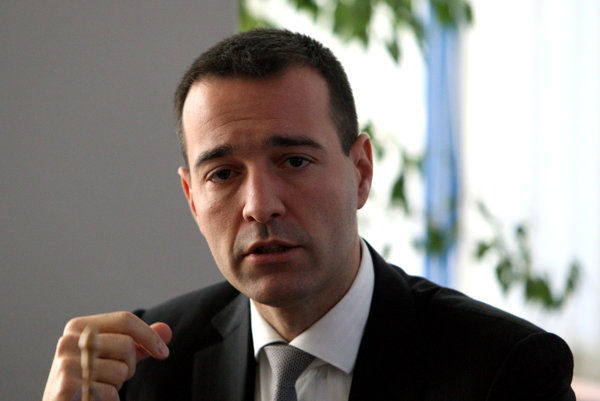 Drucker had pursued his career in the IT business, his last job in that field was with the Iquap advisory company where he served as partner and later chairman of the board. He left that job in 2012 when he accepted the nomination to head the state-run Slovenská Pošta.

Drucker is generally considered a skilled manager. In 2012, he managed to cut down on the loss of the postal service provider from the planned €9 million to less than €3 million, the Trend weekly wrote about him in October 2015, when Drucker was nominated for its Manager of the Year award. As the head of Slovenská Pošta, Drucker broadened its activities in response to the falling revenues from its universal licence. The company now offers not only banking and insurance products, but also runs its own mobile operator, Trend noted. Also, it is no longer in red numbers, with annual profit around €4 or 5 million.

Under the government of Iveta Radičová, Drucker presided over the supervisory board of the state-run Nuclear and Decommissioning Company (JAVYS), as a nominee of the SDKÚ, the Sme daily wrote in 2013, when it pointed to the connection between Drucker and people mentioned in the infamous Gorilla file.

The Iquap company was controlled by the Weltbiz company, which also featured the name of Roman Bubeník, the husband of the then head of the National Property Fund Anna Bubeníková who is mentioned in the Gorilla file, Sme wrote back in 2013. The daily investigated Drucker’s connections after he was appointed the head of the postal service by the Transport Ministry headed by Jan Počiatek. The ministry claimed Drucker was selected from a competition from among seven candidates who applied for the post.