List of names of the future ministers was completed on Tuesday, March 22, slightly more than one week after the four partners in the emerging government officially started coalition talks. 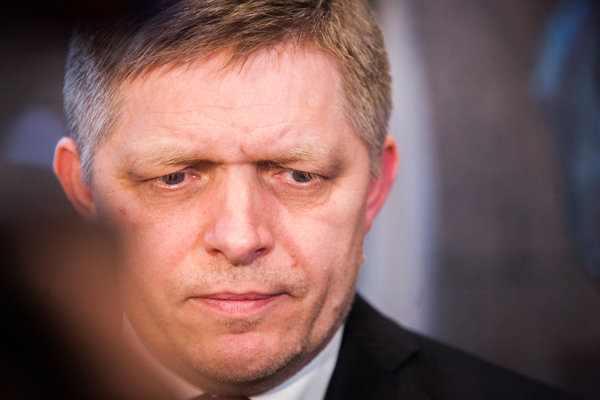 Robert Fico will remain in the prime ministerial chair; most of the eight ministers in the departments that Smer is to control in the coalition set-up are also remaining from last term.

The ruling coalition agreed on a cross check at ministries, meaning the state secretaries (deputy ministers) will be from different parties than the one their respective minister comes from.

In the parliament, SNS will cover the post of the parliament’s speaker with its chairman, Andrej Danko. Each of the three remaining coalition parties will nominate a deputy speaker: Smer chose its former defence minister, Martin Glváč. Most-Híd chair Béla Bugár and Sieť deputy chair Andrej Hrnčiar will take up deputy speakers’ chairs too. The fourth deputy speaker, nominated by the opposition, will be Lucia Nicholsonová of Freedom and Solidarity (SaS).

The posts of heads of parliamentary committees are divided so that 11 posts go to parties of the ruling coalition while the remaining eight posts will be filled by opposition nominees. The opposition will control committees for economy, public administration and regional development, human rights and national minorities, incompatibility of functions, control of the National Security Authority (NBÚ), control of the intelligence service (SIS), control of the military intelligence service (VOS), and investigation of the NBU decisions.

The opposition divided the chairs among each other so that SaS and OLaNO-NOVA will control three committees each, while We are Family of Boris Kollár will cover two committee chairs. Based on the agreement among all the parties, the extremists from ĽSNS will have no chairmen posts, but will get more deputy chairmen posts in the parliamentary committees (six, including the foreign affairs committee which the party claims was its priority).